When Dr. Sandra K. Johnson first tried her hand at electrical engineering during a summer institute in high school, she knew that she was born to be an electrical engineer. Now, as the first African-American woman to receive a Ph.D. in computer engineering in the United States, Johnson visited Duke to share her story as a “hidden figure” and inspire not just black women, but all students not to be discouraged by obstacles they may face in pursuit of their passion.

Though she did discuss her achievements, Johnson’s talk also made it clear that more than successes, it was the opposition she faced that most motivated her to persevere in electrical engineering. While pursuing a Master’s degree at Stanford, she met Dr. William Shockley, who in his free time was conducting research he believed would prove that African Americans were intellectually inferior to other races. Johnson had originally been planning on just finishing her program with a Master’s and then going into the workforce, but after hearing what this man was trying to prove, she decided she would prove to him that she was capable of doing anything that the non-black students in the same program could do. She finished the program with a Ph.D. in electrical engineering. She continued to make this declaration to anyone who didn’t believe she was capable: “before I leave this place, I will make a believer out of you.” 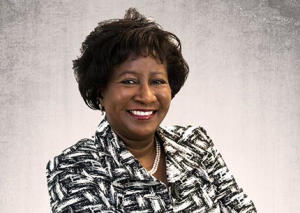 Dr. Johnson is the founder, CTO and CEO of Global Mobile Finance, Inc., a finance and tech startup based in Research Triangle Park, NC. Photo from BlackComputeHER.

While mapping out her own path to pursuing her goals, Johnson also firmly believed in making the path easier for other black people pursuing advanced degrees. When asked what the current generation of students could be doing to help themselves, she said to find mentors and to mentor others. Johnson shared an anecdote of sitting in a lab at Stanford waiting to begin an experiment when a man walked up to her and said she was in the wrong place. After talking to him for several minutes and showing him that she knew even more about the subject than he did and was in the right place, she told him that the next time someone who looked like her walked into the lab, not to be so sure of himself. Johnson went on to become an IBM Fellow, an IEEE Fellow, and a member of the prestigious Academy of Electrical Engineers. At the end of her talk, Johnson discussed what she believes is the best way to expedite change — to have people of color as founders and CEOs of major corporations that have the power to increase minority representation in their workforce. This is what she intends to do with her own company, Global Mobile Finance, Inc. If her current track record is any indication, there is no doubt her company will become a major corporation in the years to come, opening more doors for black women and other minorities pursuing their passions. 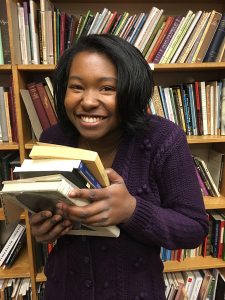