What’s in a snake bite?

According to University of Wisconsin-Madison evolutionary biologist Sean Carroll who visited Duke and Durham last week, a snake bite contains a full index of clues.

In his recent research, Carroll has been studying the adaptations of novelties in animal form, such as snake venom. Rattlesnakes, he explains, are the picture of novelty. With traits such as a limbless body, fangs, infrared pits, patterned skin, venom, and the iconic rattle, they represent an amazing incarnation of evolution at work. 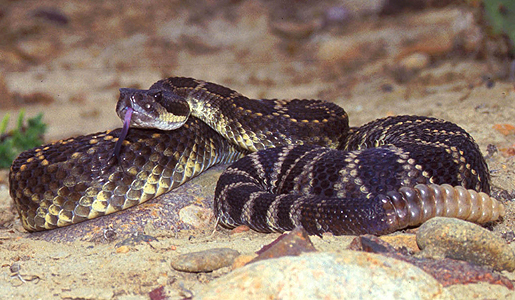 Rattlesnakes: the picture of novelty (Photo from USGS)

Snake venoms contain a complex mixture of proteins. This mixture can differ in several ways, but the most interesting difference to Carroll is the presence or absence of neurotoxins. Neurotoxic venom has proven to be a very useful trait, because neurotoxins destroy the nervous tissue of prey, effectively paralyzing the animal’s respiratory system.

Some of today’s rattlesnake species have neurotoxic venom, but some don’t. So how did this happen? That’s what Carroll was wondering too.

Some genes within genomes, such as HOX genes, evolve very slowly from their original position among the chromosomes, and see very few changes in the sequence in millions of years.

But snake venom Pla2 genes are quite the opposite. In recent history, there has been a massive expansion of these genes in the snake genome, Carroll said. When animals evolve new functions or forms, the question always arises: are these changes the result of brand new genes or old genes taking on new functions? 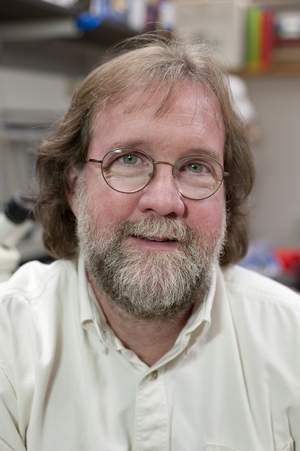 So what is the mechanism behind this change? What could be the evolutionary explanation?

Carroll’s lab is now doing the structural work to study if the genes that result in neurotoxic and  non-neurotoxic protein complexes are old genes carrying out new functions or entirely new genes. They are using venom gland organoids to look into the regulatory processes of these genes.

In addition to his research studying the evolution of novelties, Carroll teaches molecular biology and genetics at Madison and has devoted a large portion of his career to  storytelling and science education.