Sleep disturbance is a significant issue for many individuals with depressive illnesses. While most individuals deal with an inability to sleep, or insomnia, about 20-30% of depressed patients report the opposite problem – hypersomnia, or excessive sleep duration. 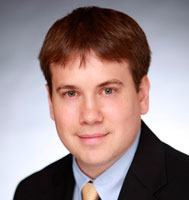 David T. Plante, MD, of the University of Wisconsin School of Medicine and Public Health, studies the significance of hypersomnolence in depression. He said the condition is resistant to treatment, often persisting even after depression has been treated, and its role in increasing risk of depression in previously healthy individuals needs to be examined.

One problem in studying daytime sleepiness is quantifying it. Subjective measures include the Epworth sleepiness scale, a quick self-report of how likely you are to fall asleep in a variety of situations. Objective scales are often involved processes, such as the Multiple Sleep Latency Test (MSLT), which requires an individual to attempt to take 4-5 naps, each 2 hours apart, in a lab while EEG records brain activity.

The MSLT measures how long it takes a person to fall asleep. Individuals with hypersomnolence will fall asleep faster than other patients, but determining a cutoff for what constitutes healthy and what qualifies as hypersomnolence has made the test an inexact measure. Typical cutoffs of 5-8 minutes provide a decent measure, but further research has cast doubt on this test’s value in studying depression.

The Wisconsin Sleep Cohort Study is an ongoing project begun in 1988 that follows state employees and includes a sleep study every four years. From this study, Plante has found an interesting and seemingly paradoxical relationship: while an increase in subjective measures of sleepiness is associated with increased likelihood of depression, objective measures like the MSLT associate depression with less sleepiness. Plante argues that this paradoxical relationship does not represent an inability for individuals to report their own sleepiness, but rather reflects the limitations of the MSLT.

Plante proposed several promising candidates for quantitative measures of excessive daytime sleepiness. One candidate, which is already a tool for studying sleep deprivation, is a ‘psychomotor vigilance task,’ where lapses in reaction time correlate with daytime sleepiness. Another method involves infrared measurements of the dilation of the pupil. Pupils dilate when a person is sleepy, so this somatic reaction could be useful. 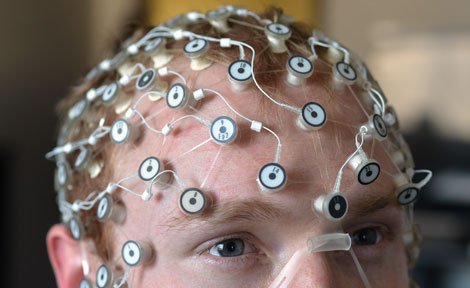 Another area of interest for Plante is the signs of depressive sleepiness in the brain. Using high density EEG, which covers the whole head of the subject, Plante found that individuals with hypersomnolence experience less of the sleep cycle most associated with restoration, known as slow wave sleep. He identified a potential brain circuitry associated with sleepiness, but emphasized a need for methods like transcranial magnetic stimulation to get a better picture of the relationship between this circuitry and observed sleepiness.