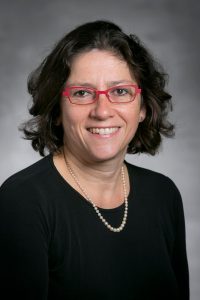 In her corner office with a wall of windows and stuffed bookshelves, Erika Weinthal keeps a photo of her father. He came to the United States from Germany in 1940. And for a German Jew, that was extremely late. According to the family stories, Weinthal’s father left on the second to last boat from Italy. It is no surprise that he was never a big traveler after his arrival to America. As Weinthal describes it, “America…was the country that saved him.” Not only did it protect him, but it also gave his children opportunities that he did not have, such as going to college.

Weinthal, Lee Hill Snowdon Professor of Environmental Policy in Duke’s Nicholas School of the Environment, took this opportunity to become the first in her family to attend college, launching her career researching environmental policy and water security in areas including the former Soviet Union, Middle East, East Africa, India and the United States.

In high school, Weinthal traveled as an exchange student to Germany, a country her relatives could never understand her desire to visit. “As a child of a refugee, you didn’t talk about the war,” she explains as she describes how this silence created her curiosity about what happened. That journey to Bremen marked only the first of many trips around the world. In the Middle East, she examines environmental policy between countries that share water. In India, she has researched the relationship between wildlife and humans near protected areas. “What do you do when protected wildlife destroys crops and threatens livelihoods?” she asks, proving that since her curiosity about the war, she has not stopped asking questions.

However, her specific interest in environmental science and policy came straight from a different war: the Cold War. She became obsessed with everything Russian partly thanks to a high school teacher who agreed to teach her Russian one-on-one. The teacher introduced Weinthal to Russian literature and poetry. While her parents, like many parents, would have loved for her to become a doctor or a lawyer, they still trusted her when she enrolled in Oberlin College intent on studying Soviet politics. A class on Soviet environment politics further increased her interest in water security.

Currently, her work contends that water should be viewed as a basic human need separate from the political conflicts in Palestine and Israel. She has studied how protracted conflict in the region has led to the deterioration of water quality in the Gaza Strip, creating a situation in which water is now unfit for human consumption. Weinthal argues that these regions should not view water as property to be secured but rather as a human right they should guarantee. 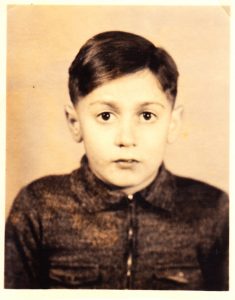 As a child of a refugee and a first-generation college student, Weinthal says “you grow up essentially so grateful for what others have sacrificed for you.” Her dad believed in giving back to the next generation. He accomplished that goal and, in the process, gave the world a researcher who’s invested in environmental policy and human rights.