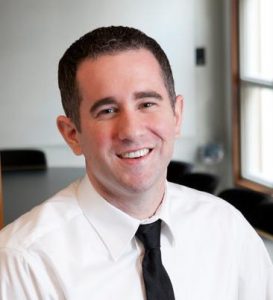 Should we care that we are governed by professionals and millionaires? This is one of the questions Nick Carnes, an assistant professor in the Sanford School of Public Policy, seeks to answer with his research. He explores unequal social class representation in the political process and how it affects policy making. But do any real differences even exist between politicians from lower socioeconomic classes and those from the upper classes? Carnes believes they do, not only because of his research but also because of his personal experiences.

When Carnes entered Princeton University as a political science graduate student, he was the only member of his cohort who had done restaurant, construction or factory work. While obtaining his undergraduate degree from the University of Tulsa, he worked twenty hours a week and during the summer clocked in at sixty to seventy hours a week between two jobs. He considered himself and his classmates “similar on paper,” just like how politicians from a variety of socioeconomic classes can also appear comparable. However, Carnes noticed that he approached some problems differently than his classmates and wondered why. After attributing his distinct approach to his working class background, without the benefits of established college graduate family members (his mother did go to college while he was growing up), he began developing his current research interests.

Carnes considers “challenging the negative stereotypes about working class people” the most important aspect of his research. When he entered college, his first meeting with his advisor was filled with confusion as he tried to decipher what a syllabus was. While his working class status did restrict his knowledge of college norms, he overcame these limitations. He is now a researcher, writer, and professor who considers his job “the best in the world” and whose own story proves that working class individuals can conquer positions more often inhabited by the experienced. As Carnes states, “There’s no good reason to not have working class people in office.” His research seeks to reinforce that. 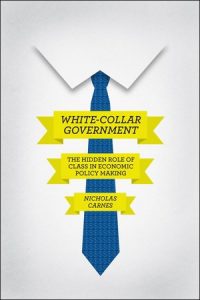 His biggest challenge is that the data he needs to analyze does not exist in a well-documented manner. Much of his research involves gathering data so that he can generate results. His published book, White-Collar Government: The Hidden Role of Class in Economic Policy Making, and his book coming out in September, The Cash Ceiling: Why Only the Rich Run for Office–and What We Can Do About It, contain the data and results he has produced. Presently, he is beginning a project on transnational governments because “cash ceilings exist in every advanced democracy.” Carnes’ research proves we should care that professionals and millionaires run our government. Through his story, he exemplifies that students who come from families without generations of college graduates can still succeed.

Heating Up the Summer, 3D Style