The exercise-tracking power of a Fitbit may soon jump from your wrist and into your clothing.

Researchers are seeking to embed electronics such as fitness trackers and health monitors into our shirts, hats, and shoes. But no one wants stiff copper wires or silicon transistors deforming their clothing or poking into their skin.

Scientists in Benjamin Wiley’s lab at Duke have created new conductive “felt” that can be easily patterned onto fabrics to create flexible wires. The felt, composed of silver-coated copper nanowires and silicon rubber, carries electricity even when bent, stretched and twisted, over and over again.

“We wanted to create wiring that is stretchable on the body,” said Matthew Catenacci, a graduate student in Wiley’s group. 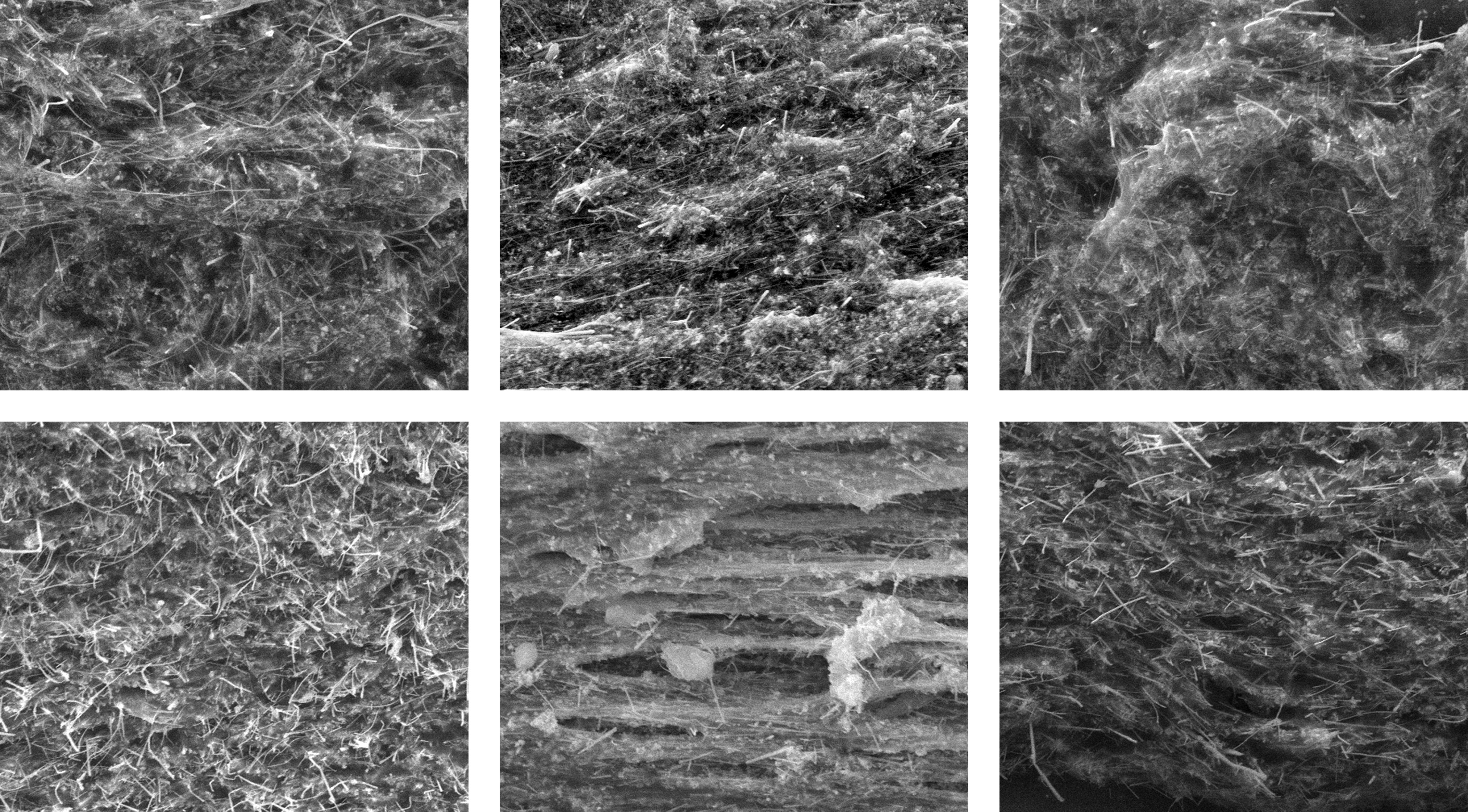 The conductive felt is made of stacks of interwoven silver-coated copper nanotubes filled with a stretchable silicone rubber (left). When stretched, felt made from more pliable rubber is more resilient to small tears and holes than felts made of stiffer rubber (middle). These tears can be seen in small cavities in the felt (right). Credit: Matthew Catenacci

To create a flexible wire, the team first sucks a solution of copper nanowires and water through a stencil, creating a stack of interwoven nanowires in the desired shape. The material is similar to the interwoven fibers that comprise fabric felt, but on a much smaller scale, said Wiley, an associate professor of chemistry at Duke.

“The way I think about the wires are like tiny sticks of uncooked spaghetti,” Wiley said. “The water passes through, and then you end up with this pile of sticks with a high porosity.”

The interwoven nanowires are heated to 300 F to melt the contacts together, and then silicone rubber is added to fill in the gaps between the wires.

To show the pliability of their new material, Catenacci patterned the nanowire felt into a variety of squiggly, snaking patterns. Stretching and twisting the wires up to 300 times did not degrade the conductivity. 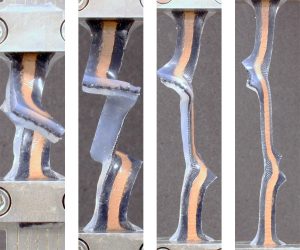 The material maintains its conductivity when twisted and stretched. Credit: Matthew Catenacci

“On a larger scale you could take a whole shirt, put it over a vacuum filter, and with a stencil you could create whatever wire pattern you want,” Catenacci said. “After you add the silicone, so you will just have a patch of fabric that is able to stretch.”

Their felt is not the first conductive material that displays the agility of a gymnast. Flexible wires made of silver microflakes also exhibit this unique set of properties. But the new material has the best performance of any other material so far, and at a much lower cost.

“This material retains its conductivity after stretching better than any other material with this high of an initial conductivity. That is what separates it,” Wiley said.