During the creation of sperm or eggs, DNA molecules exchange genetic material. This increases the differences between offspring and their parents and the overall species diversity and is thought to make an individual and a species stronger.

However, to trade genetic information — through a process called recombination — the DNA molecules must break at points along the chromosomes, risking permanent damage and loss of genomic integrity. In humans, errors during recombination can lead to infertility, fetal loss, and birth defects.

Subramanian, a postdoctoral researcher in the lab of Andreas Hochwagen at NYU, spoke at Duke on February 26. She studies how cells prevent excessive DNA breakage and how they regulate repair. 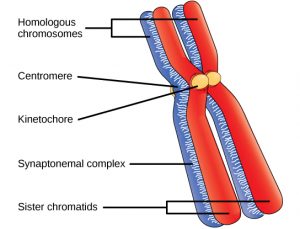 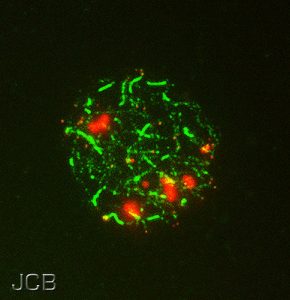 The formation of the synaptonemal complex

During DNA breakage repair, preference must occur between the pairing chromosomes in order for recombination to correctly transpire. A protein called Mek1 promotes this bias by suppressing DNA in select areas. Early in the process of DNA breakage and repair Mek1 levels are high, while synaptonemal complex density is low. Later, the synaptonemal complex increases while the Mek1 decreases.

This led to Subramanian’s conclusion that synaptonemal complex is responsible for removing Mek1, allowing in DNA repair. She then explored if the protein pch2 regulates the removal of Mek1. In pch2-mutant budding yeast cells, DNA breaks were not repaired.

Subramanian showed that at least one aspect of DNA breakage and repair occurs through the Mek1 protein suppression of repair, creating selectivity between chromosomes. The synaptonemal complex then uses pch2 to remove Mek1 allowing DNA breakage repair.

Subramanian had another question about this process though: how is breakage ensured in small chromosomes? Because there are fewer possible breaking points, the chance of recombination seems lower in small chromosomes. However, Subramanian discovered that zones of high DNA break potential exist near the chromosome ends, allowing numerous breaks to form even in smaller chromosomes. This explains why smaller chromosomes actually exhibit a higher density of DNA breaks and recombination since their end zones occupy a larger percentage of their total surface area.

In the future, Subramanian wants to continue studying the specific mechanics behind DNA breaks and repair, including how the chromosomes reorganize during and after this process. She is also curious about how Mek1 suppresses repair and has more than 200 Mek1 mutants in her current study. 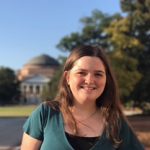