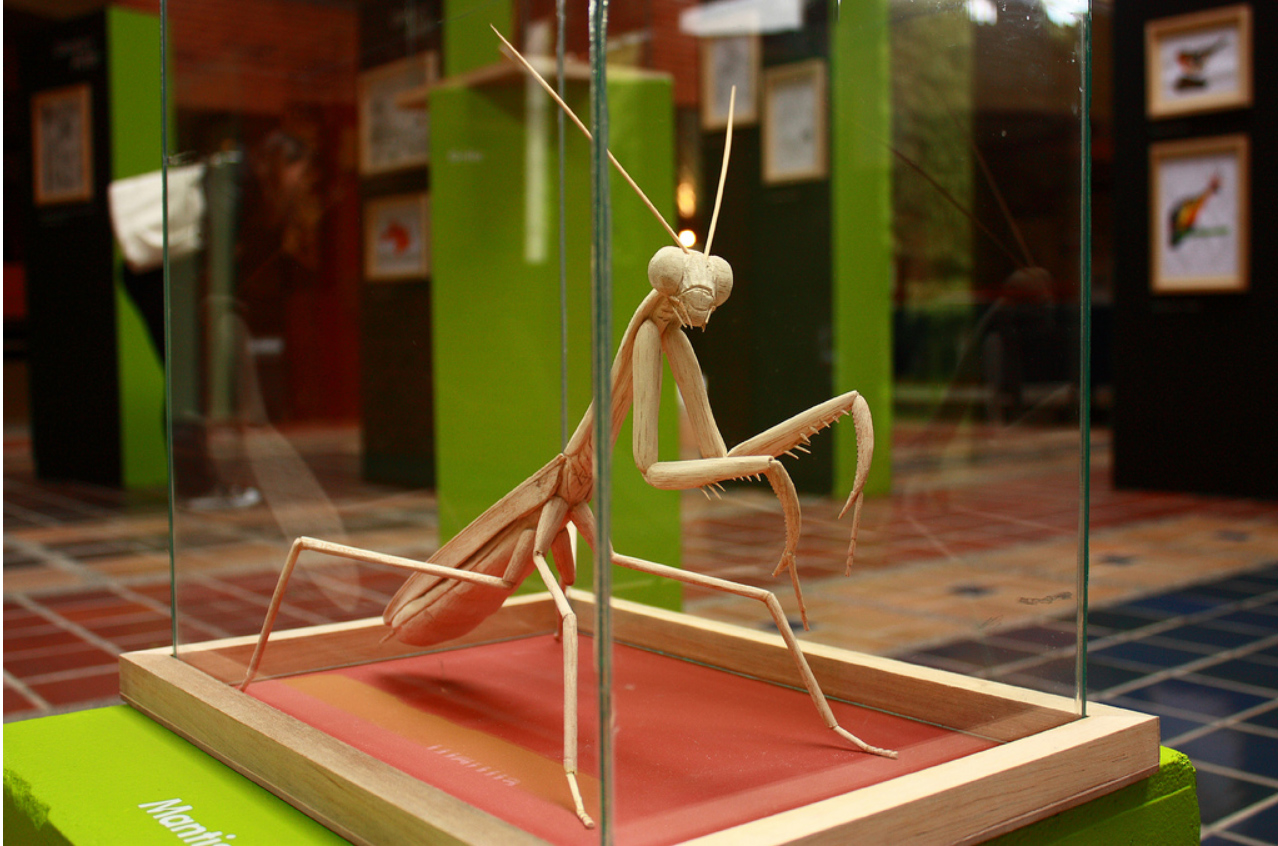 On a recent spring morning, biologist Alejandro Berrio took a break from running genetic analyses on a supercomputer to talk about an unusual passion: creating larger-than-life insect sculptures.

Berrio is a postdoctoral associate in professor Greg Wray’s lab at Duke. He’s also a woodcarver, having exhibited his shoebox-sized models of praying mantises, wasps, crickets and other creatures in museums and galleries in his hometown and in Austin, Texas, where his earned his Ph.D.

The Colombia-born scientist started carving wood in his early teens, when he got interested in model airplanes. He built them out of pieces of lightweight balsa wood that he bought in craft shops.

When he got to college at the University of Antioquia in Medellín, Colombia’s second-largest city, he joined an entomology lab. “One of my first introductions to science was watching insects in the lab and drawing them,” Berrio said. “One day I had an ‘aha’ moment and thought: I can make this. I can make an insect with wings the same way I used to make airplanes.” 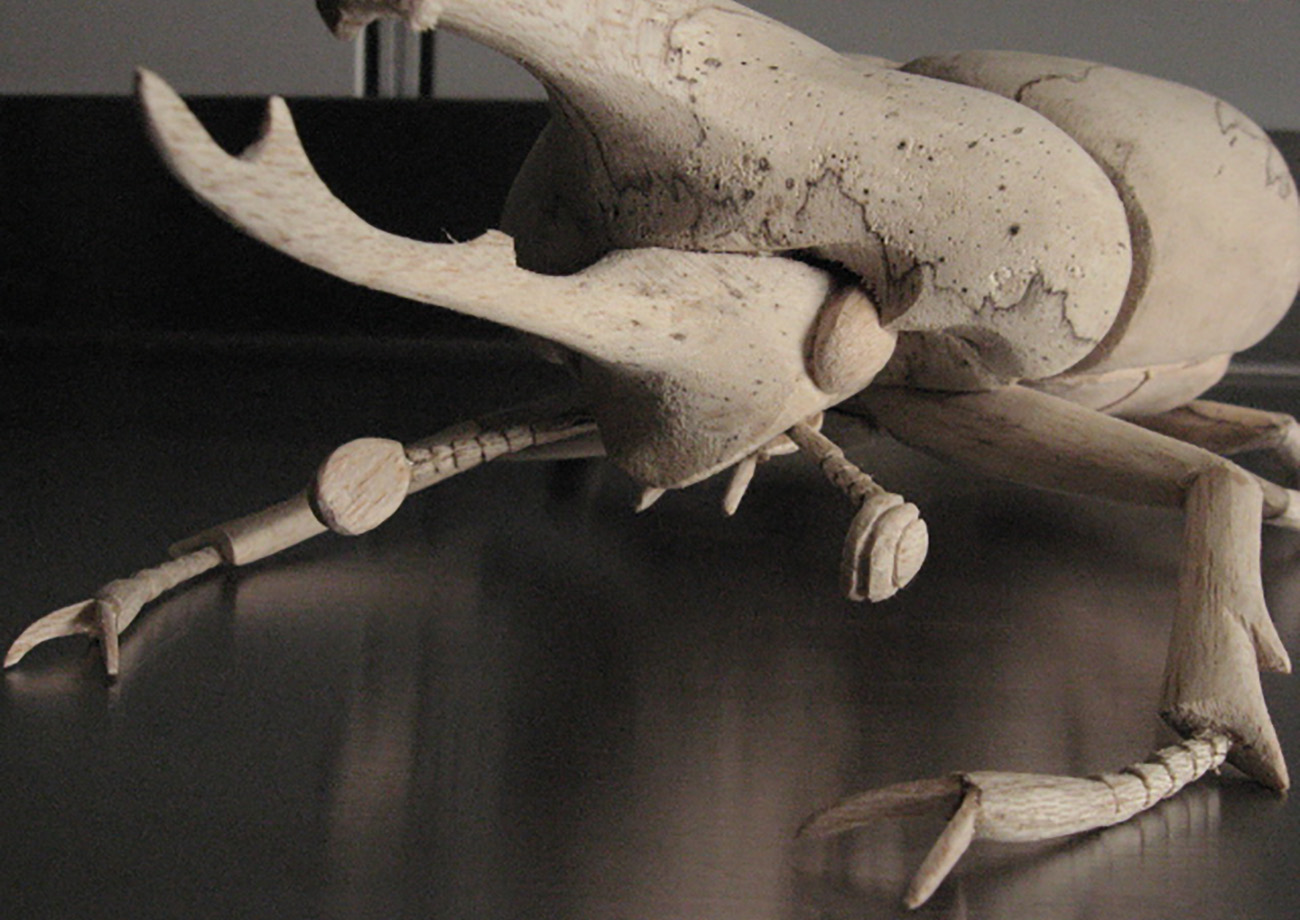 His first carvings were of mosquitoes — the main insect in his lab — hand carved from soft balsa wood with an X-Acto knife.

Using photographs for reference, he would sketch the insects from different positions before he started carving.

He worked at his kitchen table, shaping the body from balsa wood or basswood. “I might start with a power saw to make the general form, and then with sandpaper until I started getting the shape I wanted,” Berrio said.

He used metal to join and position the segments in the legs and antennae, then set the joints in place with glue.

“People loved them,” Berrio said. “Scientists were like: Oh, I want a fly. I want a beetle. My professors were giving them to their friends. So I started making them for people and selling them.”

He earned just enough money to pay for his lunch, or the bus ride to school. 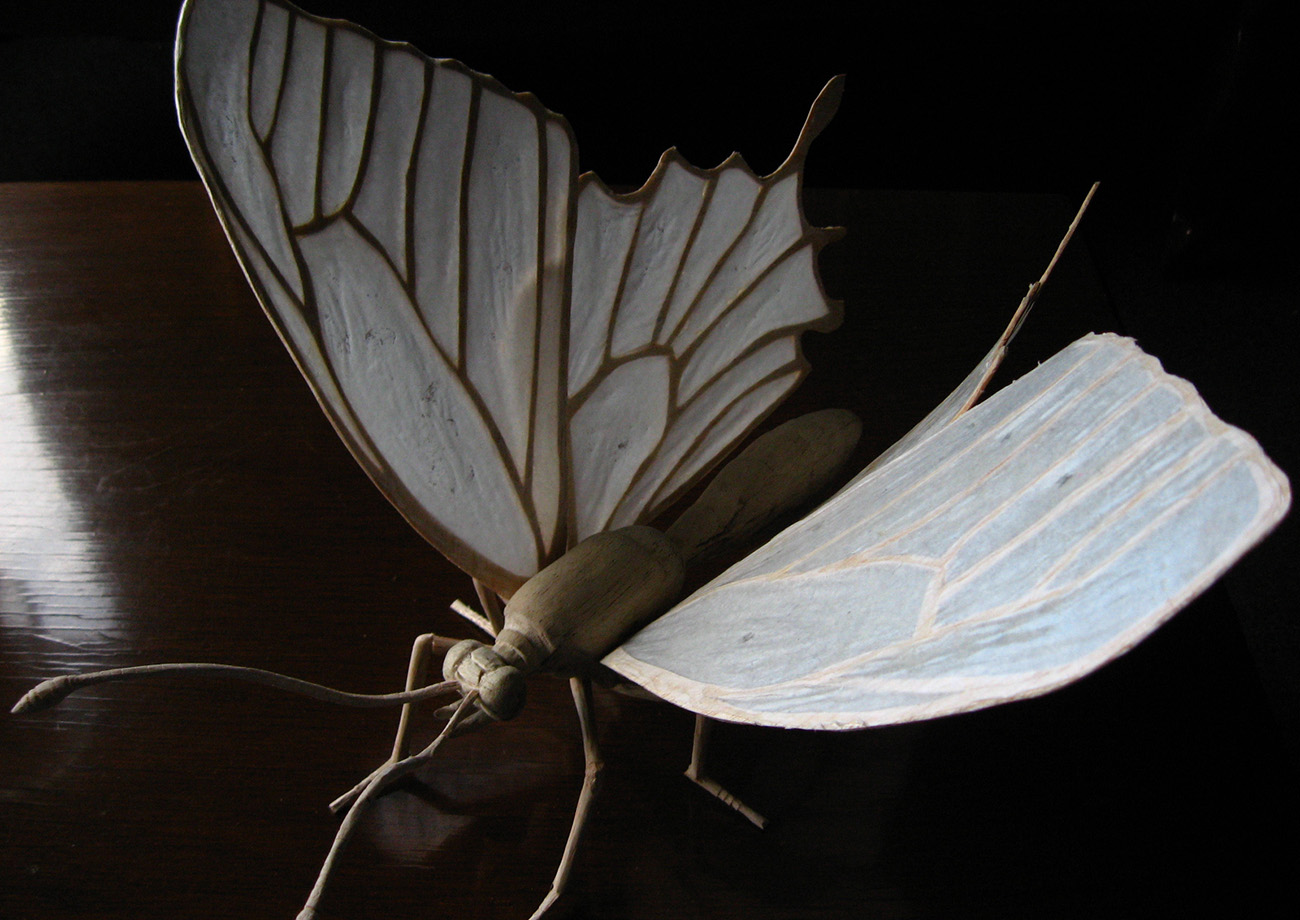 Duke biologist Alejandro Berrio carved this butterfly using balsa wood for the body and legs, and paper for the wings.

His pieces can take anywhere from a week to two months to complete. “This butterfly was the most time-consuming,” he said, pointing to a model with translucent veined wings.

Since moving to Durham in 2016, he has devoted less time to his hobby than he once did. “Last year I made a crab for a friend who studies crustaceans,” Berrio said. “She got married and that was my wedding gift.”

Still no apes, or finches, or prairie voles — all subjects of his current research. “But I’m planning to restart,” Berrio said. “Every time I go home to Colombia I bring back some wood, or my favorite glue, or one of my carving tools.” 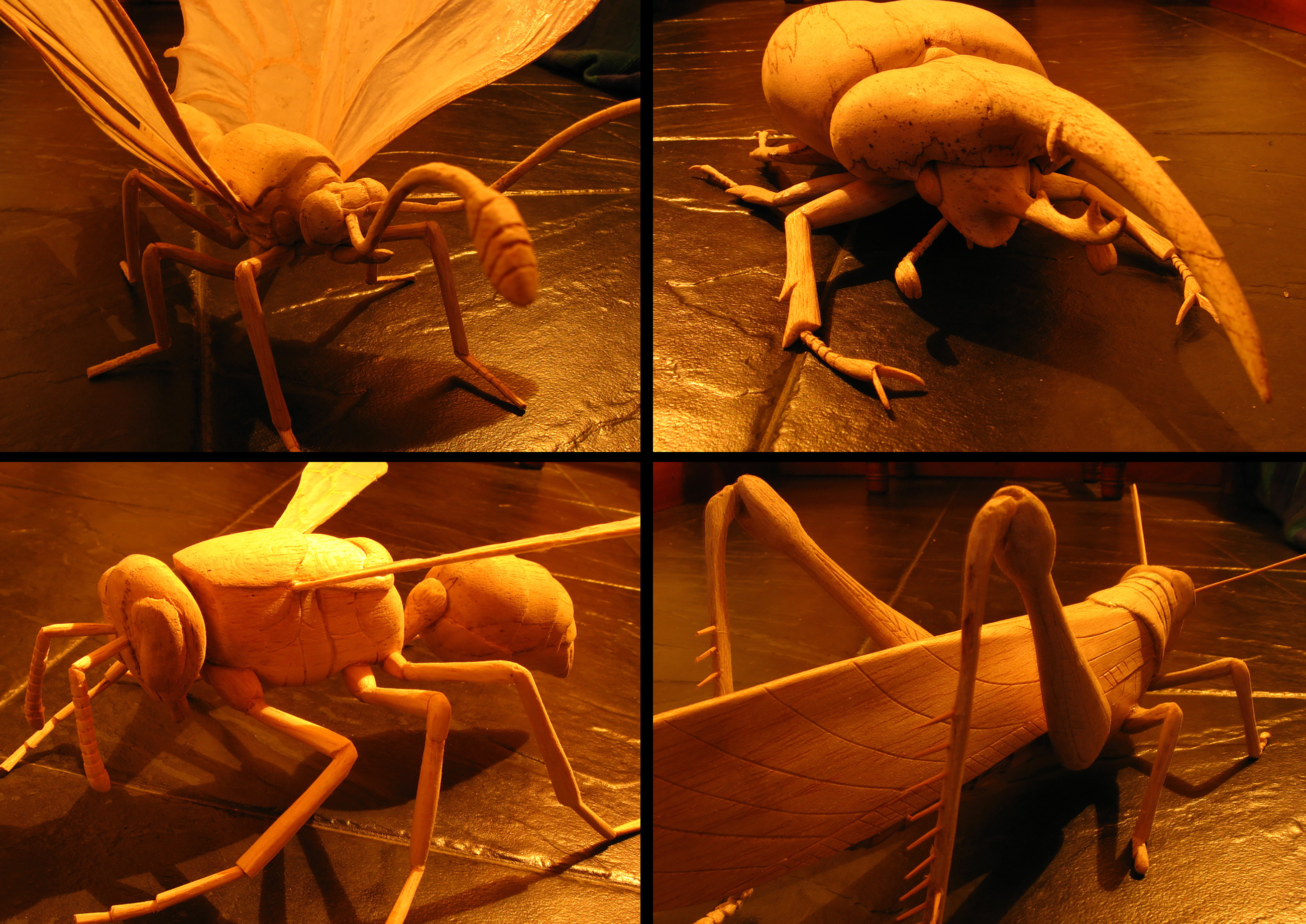 Explore more of Berrio’s sculpture and photography at https://www.flickr.com/photos/alejoberrio/.

Obesity: Do Your Cells Have a Sweet Tooth?