Duke’s tech game is stronger than you might think.

OIT held an “I Love Tech Fair” in the Technology Engagement Center / Co-Lab on Feb. 6 that was open to anyone to come check out things like 3D printers and augmented reality, while munching on some Chick-fil-a and cookies. There was a raffle for some sweet prizes, too.

I got a full demonstration of the 3D printing process—it’s so easy! It requires some really expensive software called Fusion, but thankfully Duke is awesome and students can get it for free. You can make some killer stuff 3D printing, the technology is so advanced now. I’ve seen all kinds of things: models of my friend’s head, a doorstop made out of someone’s name … one guy even made a working ukulele apparently! 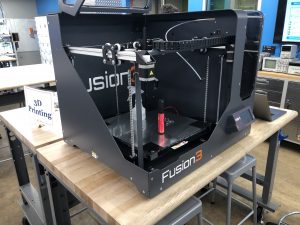 One of the cooler things at the fair was Augmented Reality books. These books look like ordinary picture books, but looking at a page through your phone’s camera, the image suddenly comes to life in 3D with tons of detail and color, seemingly floating above the book! All you have to do is download an app and get the right book. Augmented reality is only getting better as time goes on and will soon be a primary tool in education and gaming, which is why Duke Digital Initiative (DDI) wanted to show it off. 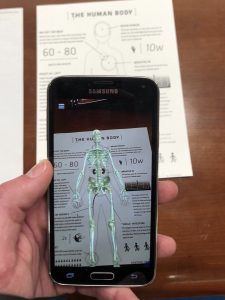 By far my favorite exhibit at the tech fair was  virtual reality. Throw on a headset and some bulky goggles, grab a controller in each hand, and suddenly you’re in another world. The guy running the station, Mark McGill, had actually hand-built the machine that ran it all. Very impressive guy. He told me the machine is the most expensive and important part, since it accounts for how smooth the immersion is. The smoother the immersion, the more realistic the experience. And boy, was it smooth. A couple years ago I experienced virtual reality at my high school and thought it was cool (I did get a little nauseous), but after Mark set me up with the “HTC Vive” connected to his sophisticated machine, it blew me away (with no nausea, too). 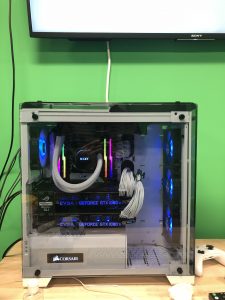 I smiled the whole time playing “Super Hot,” where I killed incoming waves of people in slow motion with ninja stars, guns, and rocks. Mark had tons of other games too, all downloaded from Steam, for both entertainment and educational purposes. One called “Organon” lets you examine human anatomy inside and out, and you can even upload your own MRIs. There’s an unbelievable amount of possibilities VR offers. You could conquer your fear of public speaking by being simulated in front of a crowd, or realistically tour “the VR Museum of Fine Art.” Games like these just aren’t the same were you to play them on, say, an Xbox, because it simply doesn’t have that key factor of feeling like you’re there. In Fallout 4, your heart pounds fast in your chest as you blast away Feral Ghouls and Super Mutants right in front of you. But in reality, you’re just standing in a green room with stupid looking goggles on. Awesome! 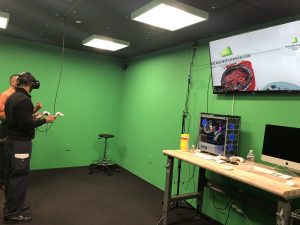 There’s another place on campus — the Bolt VR in Edens residence hall — that also has a cutting-edge VR setup going. Mark explained to me that Duke wants people to get experience with VR, as it will soon be a huge part of our lives. Having exposure now could give Duke graduates a very valuable head start in their career (while also making Duke look good). Plus, it’s nice to have on campus for offering students a fun break from all the hard work we put in.

If you’re bummed you missed out, or even if you don’t “love tech,” I recommend checking out the Tech Fair next time — February 13, from 6-8pm. See you there.

Hearing Loss and Depression Are Connected