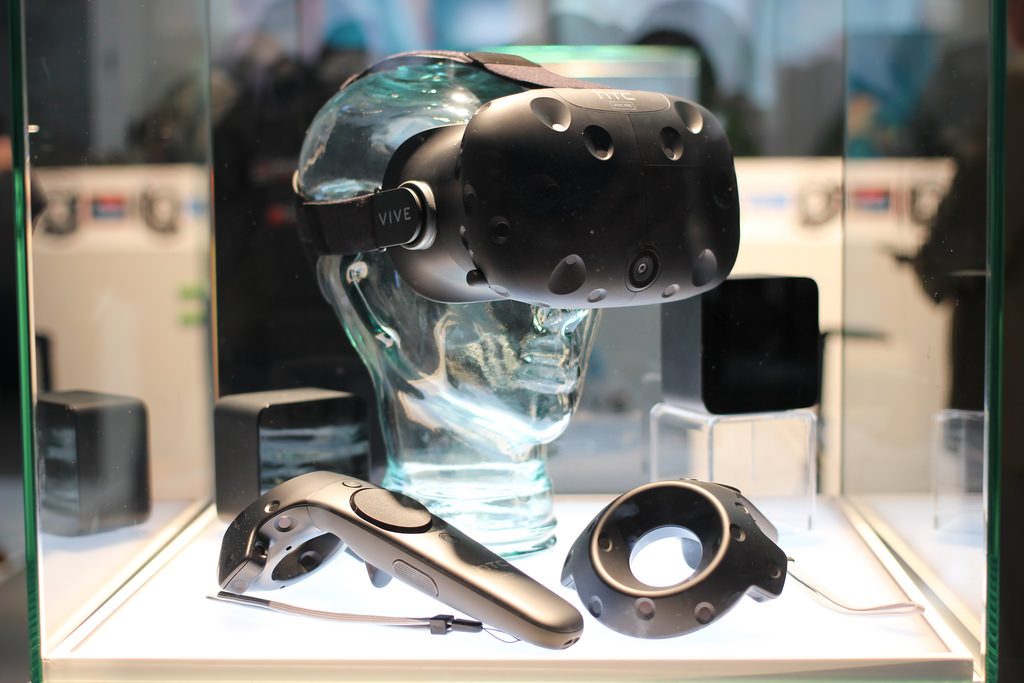 DURHAM, N.C. — The virtual reality headset looked like something out of a science fiction film. It was tethered by a long cable to a glass-encased PC, which in turn was connected to thick hoses filled with glowing blue coolant.

I slipped the mask over my head and was literally transported to another world.

In real life, I was in the lower level of Edens residence hall testing out the recently opened BoltVR gaming room during an event hosted by the Duke Digital Initiative (DDI). Virtual reality is one of the technologies that DDI is exploring for its potential in teaching and learning. 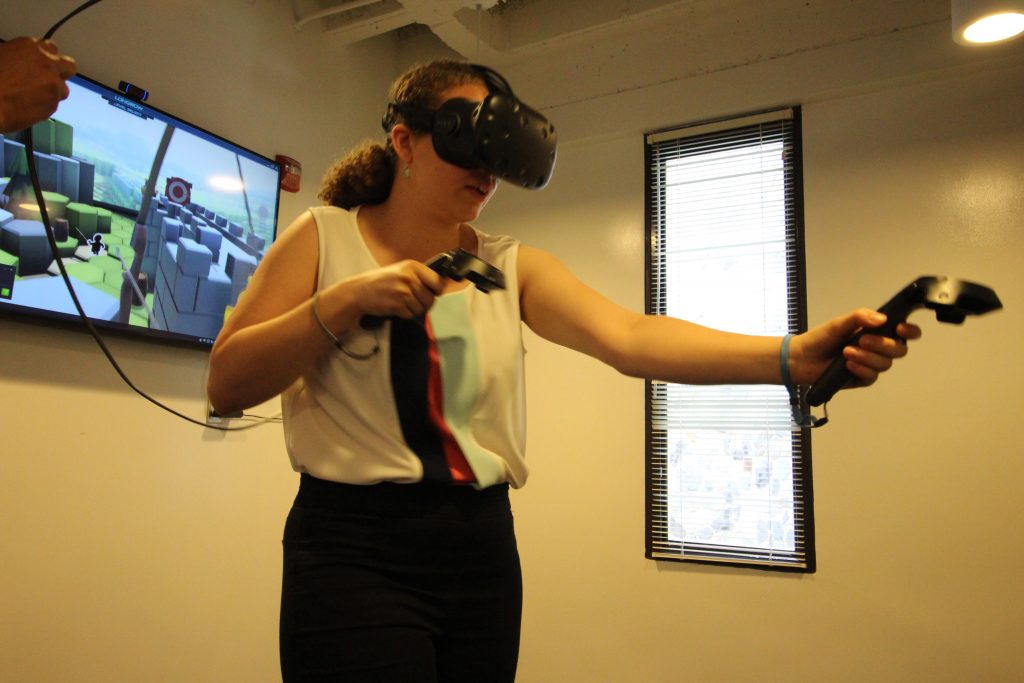 Rebekkah Huss shoots invaders with a virtual bow and arrow in Duke’s newest virtual reality space. Open to students 4 p.m. to 10 p.m. on weekdays, noon to midnight on weekends.

BoltVR is a virtual reality space outfitted with the immersive room-scale technology of the HTC Vive, an $800 gaming system consisting of the headset, hand-held controllers and motion sensors in the room. The VR experience is a new addition to the Bolt gaming suite that opened in 2015 for Duke students.

Once I had the headset on, suddenly the bare walls and carpet were replaced by the yellow lined grid of the Holodeck from Star Trek. It was like nothing I’d ever seen. This is like the home screen for the gaming system, explained  Mark-Everett McGill the designer of the BoltVR game room, as he scrolled through the more than 70 downloaded VR experiences on the BoltVR online account at Steam.

McGill chose a story experience so that I could adjust to being able to move around physical objects in a virtual space.

It was like the floor melted away. On a tiny asteroid in front of me The Little Prince and his rose played out their drama from the cover of the classic children’s book. The stars surrounded me and I tilted my head back to watch a giant planet fly over.

I could walk around the prince’s tiny asteroid and inspect the little world from all angles, but I found it disorienting to walk with normal stability while my eyes told me that I was floating in space. The HTC Vive has a built-in  guidance system called the Chaperone that used a map of the room to keep me from crashing into the walls, I still somehow managed to bump a spectator.

“A lot of people get motion sickness when they use VR because your eyes are sensing the movement but your ears are telling you, you aren’t doing anything.” said, McGill.

Lucky for me, I have a strong stomach and suffered no ill effects while wearing the headset. The HTC Vive also helps counteract motion sickness because is room scale design allows for normal walking and movement.

There was however, one part of the experience that felt very odd, and that was the handheld controllers. The controllers  are tracked by wall-mounted sensors so they show up really well in the VR headset. The problem was that in the titles I played my hands and body were invisible to me.

The headset and controller themselves are incredibly sensitive and accurate. I think most people would intuitively understand how to use them, especially if they have a gaming background, but I missed having the comfort of my own arms. So while the VR worlds are visually believable and the technology powering them is absolutely fascinating, there is still lots of room for new innovations.

Once I started playing games though, I no longer cared about the limitations of the tech because I was having so much fun!

The most popular student choice in the BoltVR is a subgame of The Lab by Valve, it’s a simple tower defense game where the player uses a bow and arrow to shoot little 2D stickmen and stop their attack.

Everything about using the bow felt pretty realistic like loading arrows, and using angles to control the trajectory of a shot. There was even a torch that I used to light my arrow on fire before launching it at an attacker. With unlimited ammunition, I happily guarded my tower from waves of baddies until I finally had to let someone else have a turn.

To learn more about VR experiences for teaching and learning at Duke, join the listserv at https://lists.duke.edu/sympa/subscribe/vr2learn. 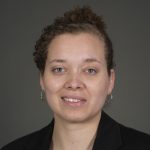 Lemur Research Gets a Gut Check