The second Abhijit Mahato visualization contest, “Envisioning the Invisible” is now underway, and you don’t have to be a member of the Duke community to participate. 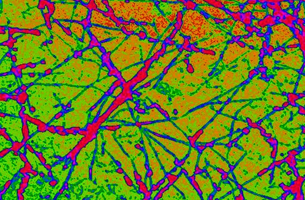 Last year’s first contest was a stunning success, both for the images it produced and what the symbolism it represented — making something beautiful out of something very ugly. Mahato was a second-year graduate student in the Pratt School of Engineering who was murdered in his apartment near campus in 2008, pretty much at random. His friends and colleagues wanted to do something long-lasting and worthy of Abhijit’s memory.

You can learn more about the contest at this site. There are two categories: making something ordinary beautiful, and making scientific data into a picture.

The gala awards ceremony and slideshow, with keynote speaker Nickolay Hristov, is set for 5 p.m. Wednesday Sept. 28 in Schiciano Auditorium.

Here are the rules. Hurry, the contest ends at Midnight, Sept. 7!