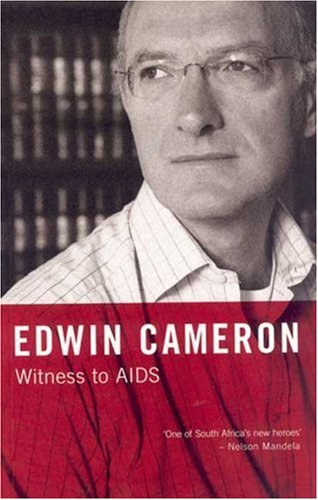 Edwin Cameron is the only South African public figure to speak openly about his infection with HIV. Credit: witnesstoaids.com

Telling young people to use a condom or to stop having sex won’t prevent the spread of HIV in South Africa.

It’s like telling the one in five people in the U.S. who still smoke to simply stop, said Judge Edwin Cameron, a sitting justice in the South African Constitutional Court and an HIV-positive public figure.

Cameron spoke to a standing-room only crowd during a Global Health Seminar in the John Hope Franklin Center on Sept. 8.

His message was that the biggest barrier to preventing the spread of HIV and deaths from AIDS in his country was not access to anti-viral drugs or even the spread of information about the disease.

The barrier is self-stigma and our inability to talk candidly about sex.

Yet, women found with condoms in their purses can be harassed and arrested as suspected sex workers.

What’s even more of an issue is that both heterosexual and homosexual individuals still have difficulty talking openly about HIV and its transmission through sex, a natural part of human biology.

Having condoms and medication to prevent and treat the disease is not enough, Cameron said. “We need to understand the genetic cofactors of the disease,” to figure out why it spreads like “wildfire” in southern parts of Africa but not in west Africa, he said.

Cameron also argued that young activists, health practitioners, parents, basically all individuals, need to work as a civil society to normalize HIV and have open discussions about intimacy and the misconception that the virus “can’t touch me.”

Getting infected people to come forward and not be ashamed to admit they are sick because they fear being stigmatized has been, and remains, pivotal to the social understanding, acceptance and prevention of this disease, he said.

In 2005, Cameron published a book about his own issues dealing with self-stigma and his journey to speaking openly about his battle with HIV.