A Mind at Rest Still Has Feelings

This is the sixth of eight blog posts written by undergraduates in PSY102: Introduction to Cognitive Psychology, Summer Term I 2019.

Emotions drive our everyday lives: They help us make decisions, they guide us into acting certain ways and they can even define who we are as people. But when we take a break from our busy lives and rest, does our brain do the same?

A 2016 study by Duke researchers tested whether neural models developed to categorize distinct emotional categories in an MRI brain scan would work with people who are in a resting state, meaning no activity is being done by the person physically or mentally.

When a person is active, emotions are usually a huge part of the ways they interact and the decisions they make, but this study led by Kevin LaBar a professor of psychology and neuroscience, wanted to see if changing the activity level to its minimum can cause different effects on the person and the emotions they experience.

They used a tool called functional magnetic resonance imaging (fMRI) that allows scientists to measure brain activity by seeing the amount of blood flow to different areas in the brain. They were looking for universal emotions, those feelings that are understood in all cultures and societies as the same state of mind, such as contentment, amusement, surprise, fear, anger, sadness, and neutral.

Each emotion has been shown by fMRI to activate different portions of the brain. This is significant if a person is injured or has decreased activity level in a region of the brain, because it can change the ways they feel, act, and interact with others. It also can help to better understand why certain people have better visual recollection of memories, can recall certain information, even when in a sleeping or resting state.

This study consisted of two experiments. The first experiment included a large number of students recruited for a larger study by Ahmad Hariri, a professor of psychology and neuroscience. These healthy, young adult university students have been assessed on  a wide range of behavioral and biological traits. For this experiment, they were told to stare at a blank gray screen and to rest while not thinking of anything particular while being scanned by the fMRI.

The second experiment was with a smaller sample of just 22 participants. Before going into the fMRI, they rated how they felt emotionally in an unconstrained resting state. Once in the machine, they were told to rest and let their mind wander and to think freely with the blank screen occasionally letting them rate their current state of emotion. By the end of the experiment, they completed 40 trials of rating how they felt, which consisted of 16 different emotions they could choose from.

At the end of both experiments, the researchers tested the brain scans with an algorithm that categorized emotional arousal and brain activity. They found distinct patterns of activity in these resting minds that seemed to match various emotional states the students had reported. Prior to this study, there had only been experiments which test to see how the brain is stimulated in active people in a non-resting state.

Although this experiment was successful and helped the researchers understand a lot more about the emotional states of the brain, there were some limitations as well. One of the main biases of the self-report experiment was the high percentage of students reporting that they were experiencing amusement (23.45%) and contentment (46.31%) which the researchers suppose was students putting forth a more positive image of themselves to others. Another possible bias is that brain patterns might vary depending on the emotional status of an individual. Emotional processes unfolding at both long and short time scales likely contribute to spontaneous brain activity.

This study holds important clinical implications. Being able to ‘see’ emotional states in a resting brain would help us understand how important the feelings we experience are. With refinement, fMRI could become useful for diagnosing personality or mood disorders by showing us the brain areas being stimulated during certain periods of sadness, anger, and anxiety. Such applications could help with identifying emotional experiences in individuals with impaired awareness or compromised ability to communicate. 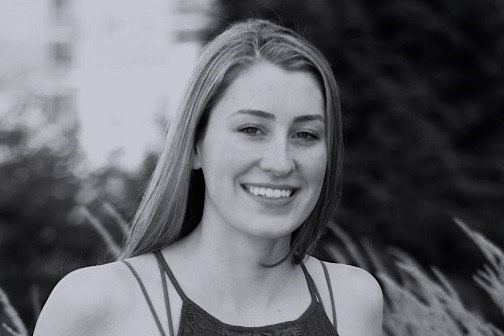