This is the fifth of eight blog posts written by undergraduates in PSY102: Introduction to Cognitive Psychology, Summer Term I 2019.

Whether you cheered or cried when Donald Trump was elected President, or if you stood in the blazing heat marching for women’s rights, your position on socio-political issues is important to you.  Would you ever change it?

Psychologists have found that people tend to hold onto their views, even when presented with conflicting evidence. Is it ever worth your time to argue with the opposition, knowing that they will not budge from their stance?

Researchers from Duke University explored the idea that people stand with their positions on political and social matters, even when presented with affirming or conflicting evidence.

But they also offer hope that knowing that these cognitive biases exist and understanding how they work can help lead to more rational decision-making, open debate of socio-political issues, and fact-based discussion.

The stubbornness of people’s views are based on a couple of concepts. “Resistance to belief-change” is the idea that people will stand with their original views and are unwilling to change them. This could be a result of a cognitive bias known as the “confirmation bias.” The bias is that people will favor evidence that supports their claim and deny evidence that refutes their position.

This can be shown through the following 2019 experiment performed by the Duke team, which was led by Felipe De  Brigard, a Duke assistant professor of philosophy and member of the Duke Institute for Brain Sciences.

This experiment started with a group of individuals across the spectrum of socio-economic and political interests. They were presented with five different socio-political issues: fracking, animal testing, drone strikes, standardized testing, and the gold standard. They started by reading background on the issue and then were to report any prior knowledge on these issues to eliminate people favoring information that they had previously encountered.

After reporting any prior knowledge, they were to make their decision and rate how confident they were in that decision. They were then tasked with evaluating only affirming evidence, only conflicting evidence, or evidence for both sides. After this, they gave their final decision about their stance on the issues.

Similar changes were recorded with other issues and other sets of evidence. The results showed that receiving conflicting evidence caused people to change their position the most, but it was still a small percentage of people who changed their stance. This is significant because it shows how people are resistant to change because of their belief biases. Another interesting aspect is that participants rated evidence that affirmed their belief to be more favorable than those that conflicted it. This means they tended to use this evidence to support their stance and overlook conflicting evidence, which shows how cognitive biases, like the confirmation bias, play an important role in decision-making.

Cognitive bias affects how we make our decisions. More importantly, it entrenches our views and stops us from being open-minded. It is important to understand cognitive biases because they impact our choices and behavior. Becoming aware of biases like resistance to change, and the confirmation bias allows people to think independently and make decisions based off of rationale as well as emotion because they are aware of how these impact their decision making process.

We expect to act rationally, making decisions that are in our best interest. However, this is often not true of humans. However, having adequate information, including understanding the impact of biases on decision–making, can lead humans to make better judgements. The next step in decision making research is to understand how people can change their entrenched positions to eliminate biases like the confirmation bias and bring more fact-based, open debate to socio-political issues.

To borrow from President Obama’s campaign slogan, is that change you can believe in? 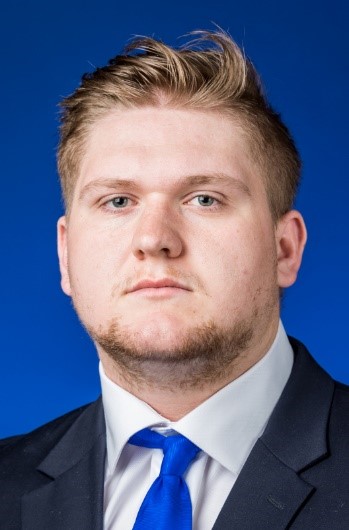 A Mind at Rest Still Has Feelings