As our population continues its rapid growth, food is becoming increasingly scarce. By the year 2050, we will need to double our current food production to feed the estimated 9.6 million mouths that will inhabit Earth. 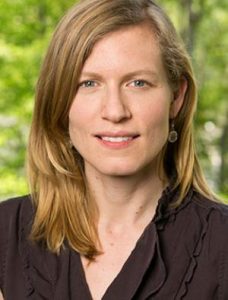 Thankfully, introducing drones and other high-tech equipment to farmers could be the solution to keeping our bellies full.

It is easy to see that farming has already changed as a result of precision agriculture. The old family-run plot of land with animals and diverse crops has turned into large-scale, single-crop operations. This transition was made possible through the use of new technologies — tractors, irrigation, synthetic fertilizer, GMOs, pesticides — and is no doubt way more productive. 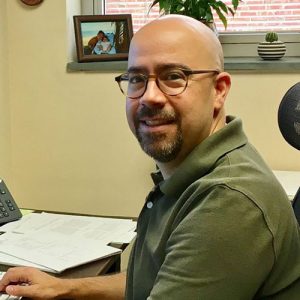 So while the concept of precision agriculture certainly isn’t new, in today’s context it incorporates some particularly advanced and unexpected tools meant to further optimize yield while also conserving resources.

Drones equipped with special cameras and sensors, for example, can be flown over thousands of acres and gather huge amounts of data. This data produces a map of  things like pest damage, crop stress and yield. One image from a drone can easily help a farmer monitor what’s going on: where to cut back on resources, what needs more attention, and where to grow a certain type of crop. Some drones can even plant and water crops for you.

Blue River’s “See & Spray” focuses on cutting back herbicide use. Instead of spraying herbicide over an entire field and wasting most of it, this machine is trained to spray weeds directly, using 10% of the normal amount of herbicide. 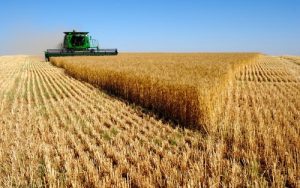 Similarly, another machine called the Greenseeker can decide where, when and how much fertilizer should be applied based on the greenness of the crop. Fertilizing efficiently means saving money and emitting less ozone-depleting nitrous oxide.

As you can see, fancy toys like these are extremely beneficial, and there are more out there. They enable farmers to make faster, better decisions and understand their land on an unprecedented level. At the same time, farmers can cut back on their resource usage. This should eventually result in a huge productivity boom while helping out the environment. Nice.

One problem preventing these technologies from really taking off is teaching the farmers how to take advantage of them. As Dr. Leon put it, “we have all these toys, but nobody knows how to play with them.” However, this issue can resolved with enough time. Some older farmers love messing around with the drones, and the next generations of farmers will have more exposure to this kind of technology growing up. Sooner or later, it may be no big deal to spot drones circling above fields of wheat as you road trip through the countryside. 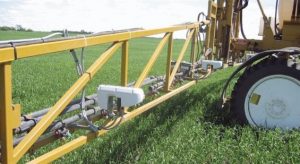 A Greenseeker mounted on a Boom Sprayer

Precision agriculture is fundamental to the modern agricultural revolution. It increases efficiency and reduces waste, and farming could even become a highly profitable business again as the cost for these technologies goes down. Is it the solution to our environmental and production problems? I guess we’ll know by 2050!