The demand for physical therapists is growing tremendously in the United States. And although greater numbers of graduates from physical therapy (PT) training programs helps meet this demand, talented minority students are still vastly underrepresented. As a result, the profession lacks racial, ethnic and gender diversity compared to the increasingly diverse population it serves. 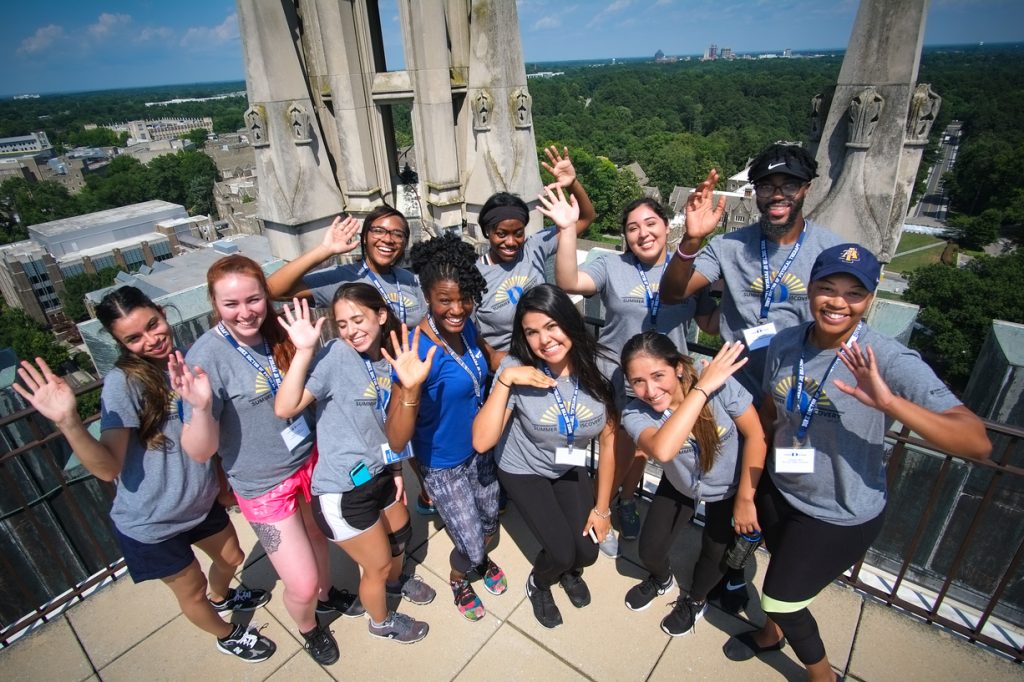 “Our profession is fairly young compared to its medical counterparts,” says Kai Kennedy, assistant professor and director of community and global outreach for the DPT Division. “Part of the impetus for developing the Summer Discovery Program was to ultimately end up with a PT workforce that more broadly represents our population.”

“One of the challenges is that most students from underrepresented minorities don’t know what PT is,” says Chad Cook, Program Director of the DPT program at Duke. “It’s a necessary step to increase their awareness of professions other than medicine. The summer program will help their preparation and increase their potential, making them more competitive when applying for PT school.” 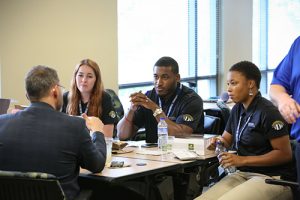 More than 200 candidates applied for the program. The candidates chosen met one of the following eligibility requirements: the socioeconomic status of their family, their association with a minority group underrepresented in the physical therapy profession, whether they were first-generation college students, or were interested in helping underserved populations. With this approach, the program reached a broader demographic group of potential students.

“This strategy is common, it’s just never been applied in PT,” says Michel Landry, professor and Chief of the DPT Division at Duke. “Dentistry, medicine and nursing have a history of doing these short-duration, high-intensity events, specifically with the aim of scaling up the competencies of people who would not typically consider a career in the health professions.”

The students participated in an intensive schedule of academic sessions, guest lectures and physical activities. They visited the anatomy laboratory and other clinical facilities, learned about research opportunities in PT, and received in-depth walk-throughs of the applications process with an admissions coordinator. Sessions in orthopedics, neurology, geriatrics, pediatrics, musculoskeletal injury and global health provided exposure to the interdisciplinary nature of the profession, and students also received lessons in professional communication, leadership and community engagement. Structured sessions with current physical therapy students offered insight into student life at Duke, and networking events with faculty completed the immersion experience. 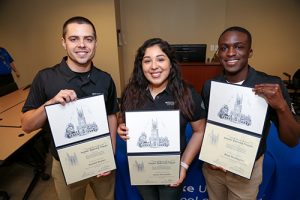 “I have kept in touch with the various doctors I met there,” says Brian Washington, a rising senior at University of North Carolina, Greensboro, majoring in kinesiology. “I am going to apply to Duke, just because of what the program has opened my eyes to. The people who put this program together made all of us believe that someone who thinks they aren’t good enough for something, actually is.”

“We could not have asked for a better group of students,” says Mya Shackleford, Assistant Director of Admissions for the DPT program at Duke. “Each one of them is going to be successful in their own right. To have these types of programs on the professional level that can expose students at an early stage is important, because a lot of people don’t know their options.”

To maximize the effectiveness of the program, the summer program also served as a kick-off to the Duke Tiered Mentorship program, which connects physical therapy professionals and students committed to creating a more diverse  workforce. A large network of faculty, current students and practicing clinicians volunteered as mentors and will stay in touch with summer program participants.

The division plans to track the summer students’ matriculation into physical therapy programs at Duke or elsewhere, as well as their overall academic and career paths. As a member of the American Physical Therapy Association’s Staff Work Group on Diversity and Inclusion, Kennedy also intends to garner perspective and support from other physical therapists around the country, and disseminate her experience with this program. And, by discussing the Summer Discovery Programat national conferences, Kennedy and Shackleford hope to encourage the development of similar programs at other institutions, and collectively increase diversity in the profession nationwide.

“I have been working as a PT for a long time, and I’ve never seen an institution have a commitment to diversity in this particular way,” says Kennedy. “It was an unparalleled opportunity for me to address something I feel very passionate about as an underrepresented minority in this field.”