Ring-tailed lemurs born at the Duke Lemur Center have seen a recent infusion of new genetic material at key genes involved in the immune response, finds a new study.

Thanks to a long-term collaborative breeding program that transfers animals between institutions to preserve genetic diversity, genetic variation at one region was restored to levels seen in the wild.

The findings, published in the journal Ecology and Evolution, are important for the ability of future generations to fight disease. 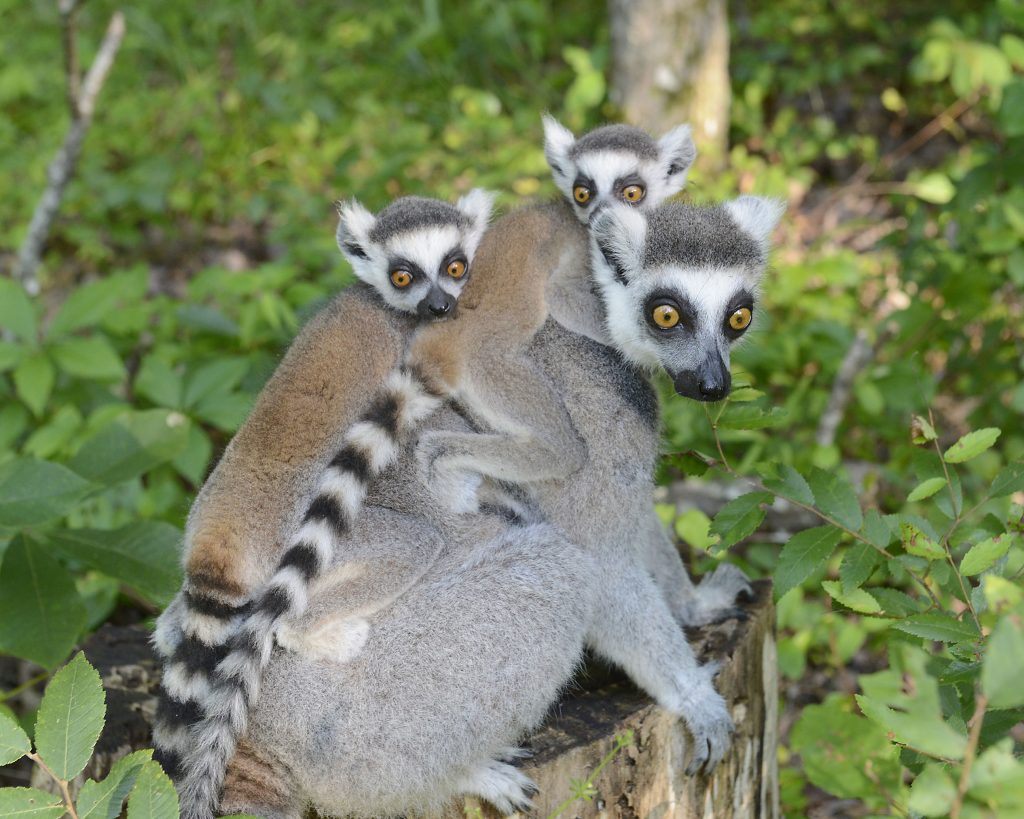 Baby lemur twins Nemesis and Narcissa were the product of a breeding program developed by the American Association of Zoos and Aquariums to preserve the future genetic health of North America’s captive ring-tailed lemurs. Their mother Sophia was among 62 ring-tailed lemurs recommended for breeding across 20 institutions nationwide in 2016. Photo by David Haring, Duke Lemur Center.

Distant primate cousins with long black-and-white striped tails, ring-tailed lemurs live on the African island of Madagascar and nowhere else except in zoos and other captive facilities.

Some studies suggest that as few as 2,500 ring-tailed lemurs live in the wild today. Habit loss, hunting and the illegal pet trade have reduced their numbers by at least 50 percent in recent decades.

An additional estimated 2,500 ring-tailed lemurs live in zoos around the world, where experts work to maintain their genetic health in captivity.

The researchers studied DNA sequence variation at a region of the major histocompatibility complex, or MHC, a part of the genome that helps the immune system identify disease-causing bacteria, viruses and parasites.

The researchers estimated the number of MHC variants in 121 captive individuals born at the Duke Lemur Center and the Indianapolis and Cincinnati Zoos between 1980 and 2010.

They also compared them with 180 wild individuals from southwestern Madadgascar at the Bezà Mahafaly Special Reserve, where the animals regularly interbreed with lemurs from nearby forests.

Not surprisingly, MHC diversity was lower in captivity than in the wild.

Today’s captive ringtails came from a small group of ancestors that carried only a small fraction of the total genetic variation found in the larger wild population. Since their establishment, gene flow between captive populations and wild lemurs has been restricted.

Overall, the researchers found 20 unique MHC variants in the captive population, fewer than half the number in their wild counterparts.

However, efforts to identify good genetic matches across dozens of institutions have helped to preserve and even improve upon the diversity that is left.

For infants born at the Duke Lemur Center, MHC gene diversity remained low but stable for three decades from 1980 to 2010, then increased significantly from 2010 to 2013, researchers found.

Genetic contributions from several transplants contributed to the comeback. 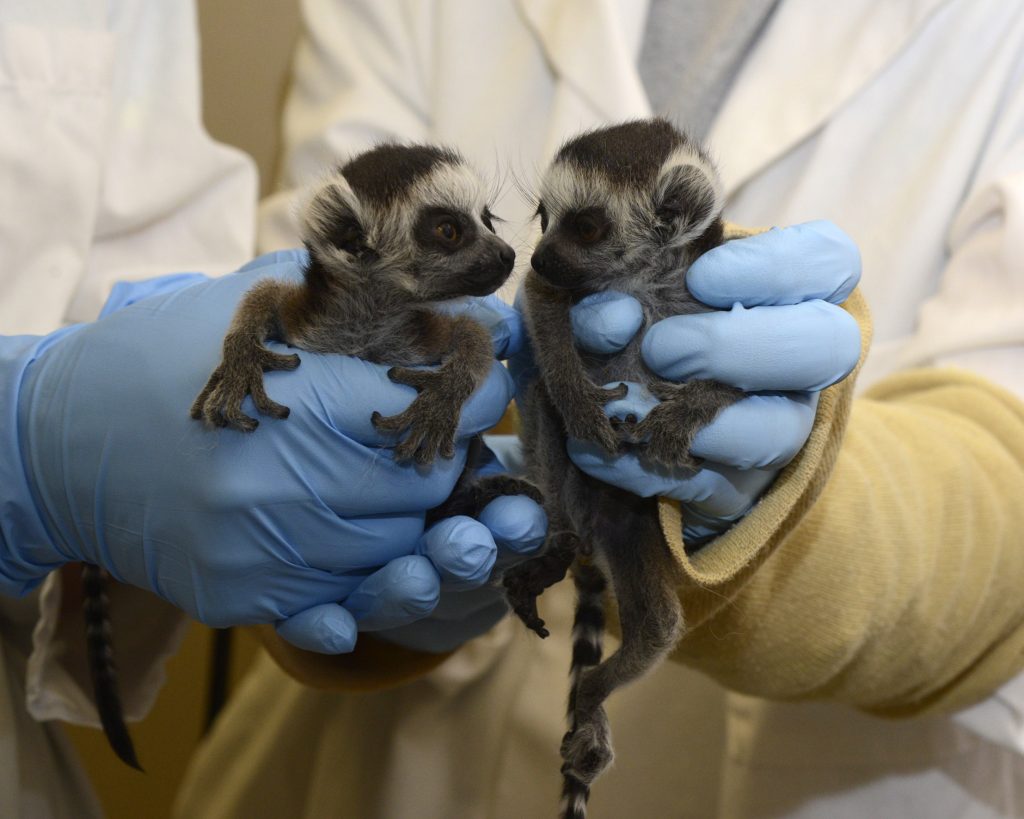 The American Association of Zoos and Aquariums (AZA) tries to maintain a genetically healthy population by moving animals between institutions as potential mates. A team of experts uses computer software to help pick the best pairs for breeding.

Between 1980 and 2013, more than 1,160 ring-tailed lemurs were transferred between 217 institutions in North America alone.

In 2009, a male named Randy was transferred from the Saint Louis Zoo to the Duke Lemur Center for pairing with Sprite, a resident female. Experts also brought a mother-daughter pair, Schroeder and Leisl from the Zoo at Chehaw in Georgia, as potential mates for a resident male named Aracus.

“They saw an immediate improvement in the diversity of the offspring that were born,” said lead author Kathleen Grogan, who conducted the study while working on a doctorate with co-author Christine Drea at Duke University.

Grogan and colleagues are now examining whether MHC gene diversity helps the animals live longer or produce more offspring, as has been shown for other species.

“Not only do these lemurs serve as an assurance against extinction of their Malagasy counterparts, but maintaining as many variations of genes is important for keeping the individual lemurs, as well as the population healthy for any future challenges it may face,” said AZA Species Survival Plan Coordinator Gina Ferrie, a population biologist at Disney’s Animal Kingdom.

Conserving genetic diversity in captive populations over multiple generations is challenging due to their small size and relative isolation, but careful breeding can stem the loss, said Grogan, now a postdoctoral fellow at Pennsylvania State University.

Other authors include Michelle Sauther of the University of Colorado-Boulder and Frank Cuozzo at LaJuma Research Centre in South Africa.

This research was supported by Duke University, the International Primatological Society, Primate Conservation Inc., the University of Colorado-Boulder, the University of North Dakota, the National Science Foundation (BCS 0922465, BCS-1232570, IOS-071900), the Margot Marsh Biodiversity Foundation, the St. Louis Zoo and the American Society of Primatologists.