For most people, Lost Trail is a ski spot located at 7,000 feet in the Rocky Mountains on the border of Idaho and Montana. Skiers and snowboarders descend down steep slopes, past forests and alpine meadows that get more than 25 feet of snow each year. But for a team of researchers led by Duke biology professor Thomas Mitchell-Olds, buried beneath the snow is a hidden population of native plants on the cusp of dividing into two new species. 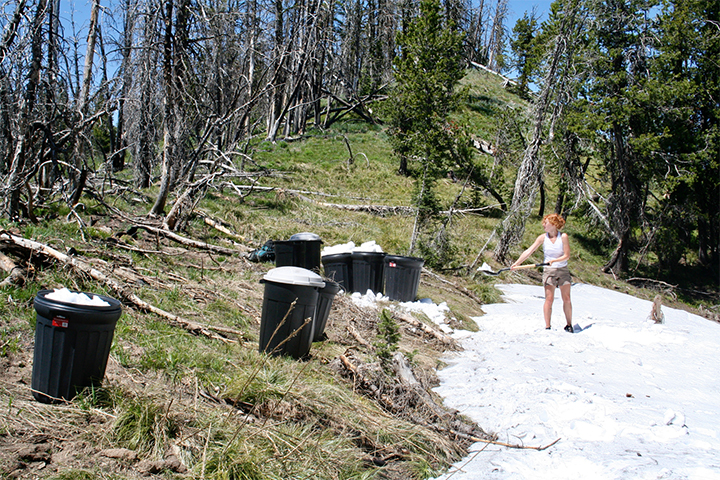 Studying a spindly North American wildflower called Boechera stricta, Mitchell-Olds and colleagues suspected that a process called chromosomal inversion — in which part of a chromosome breaks off and reattaches itself upside down — plays a central role in speciation. To test the idea, they planted Boechera stricta seedlings in a mountaintop meadow near the Lost Trail resort.

To reach the meadow, the researchers carried thousands of seedlings up the mountain in specially constructed backpacks. They also lugged up nine empty garbage cans and filled them with snow to water the plants throughout the summer.

The findings were published April 3, 2017 in the journal Nature Ecology & Evolution.