Marine biologist Tierney Thys believes that science make us superheroes. In her words, the tools of science are the superpowers that “allow us to explore worlds that are invisible to the naked eye.”

As a National Geographic Explorer, Research Associate at the California Academy of Sciences, and, in my humble opinion, one of the most effective, passionate science communicators out there, she may as well be a superhero already. 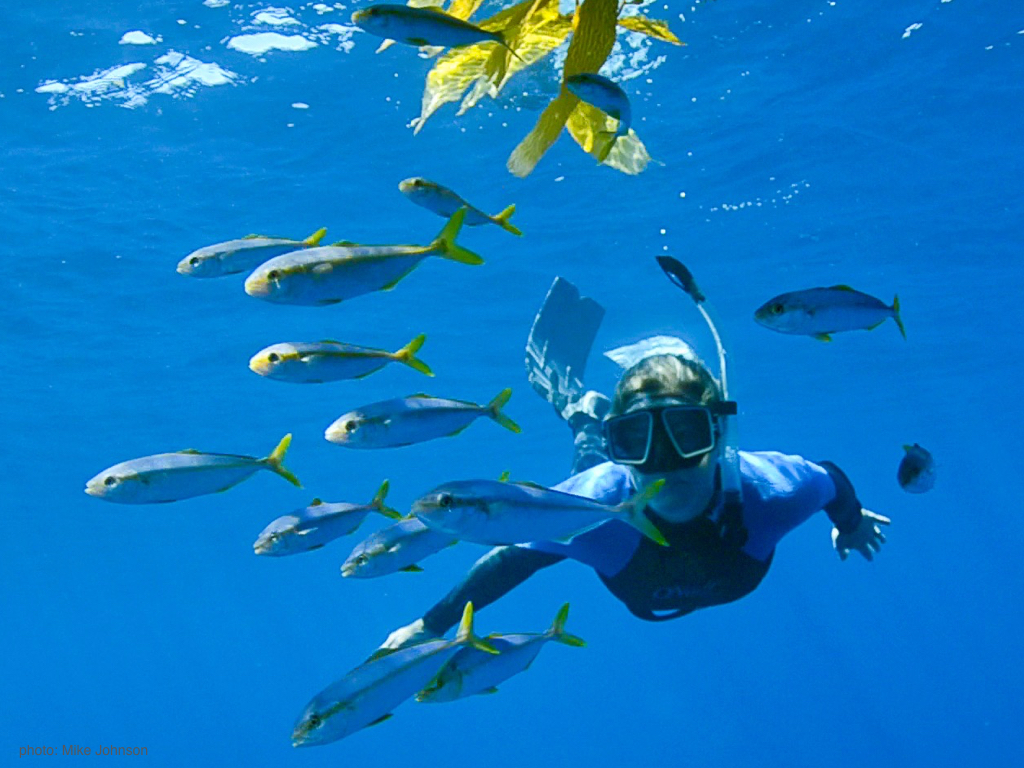 Thys, an alumna of Duke’s Biology Department, presented at the Marine Science and Conservation Leaders’ (MSCL) inaugural Marine Science Symposium on Saturday, March 25. She was one of four featured speakers — all women in STEM— whose research interests range from marine biology to physical oceanography.

Though she discussed her own research and life story in depth, the main point Thys drove home was the importance of (and science behind) powerful science communication.

Like most marine biologists, Thys’ love for the ocean began when she was a child. She received her Ph.D. from Duke in 1998, an endeavor which, she said, “looked interminable while [she] was in the midst of grad school but, in retrospect, was just a blink of an eye.”

Among the many fun tidbits she has gleaned studying ocean science are the following: 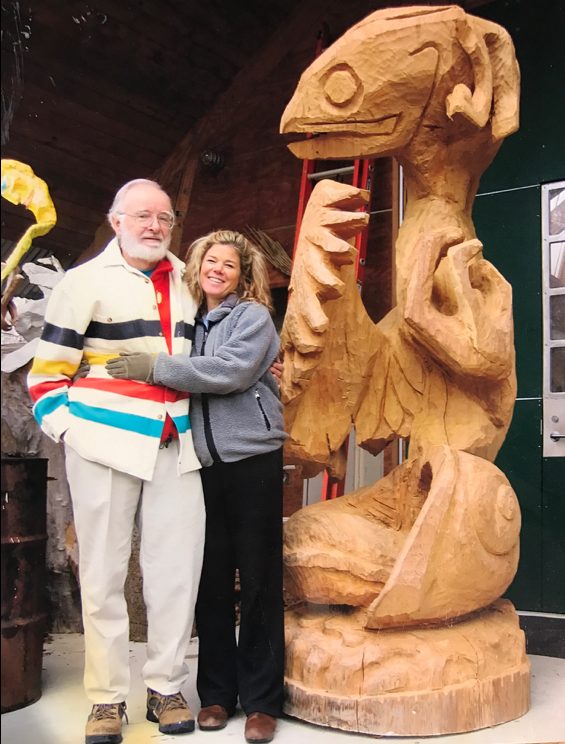 Her most impactful lesson out of Duke, however, came from her dissertation advisor Stephen Wainwright, James B. Duke Professor emeritus of zoology. Wainwright is the founder of Duke’s Bio-Design Studio, an art studio within a scientific research laboratory employing a full-time sculptor “to create three-dimensional working models of biological systems for research,” as reported by Duke Magazine. Exposure to this unique melding of disciplines in the final stages of Thys’ education set her on what she said was “an eclectic career path” that would also seek to fuse the artistic and the scientific.

Thys’ research specialty out of graduate school is the Mola mola, more commonly known as the Ocean sunfish—the heaviest bony fish on the planet. According to Thys, sunfish can grow to “60 million times their starting weight,” the equivalent of a human child growing to the weight of six Titanic ships. The heaviest Mola ever caught weighed over 5000 lbs., though, surprisingly, jellies (what most folks would call jellyfish) comprise most of the adult sunfish’s diet.

Thys hailed pop-off satellite tags as the “superpower” of science that allows her to track sunfish through the world ocean, generating data that can improve environmental protection of the species. 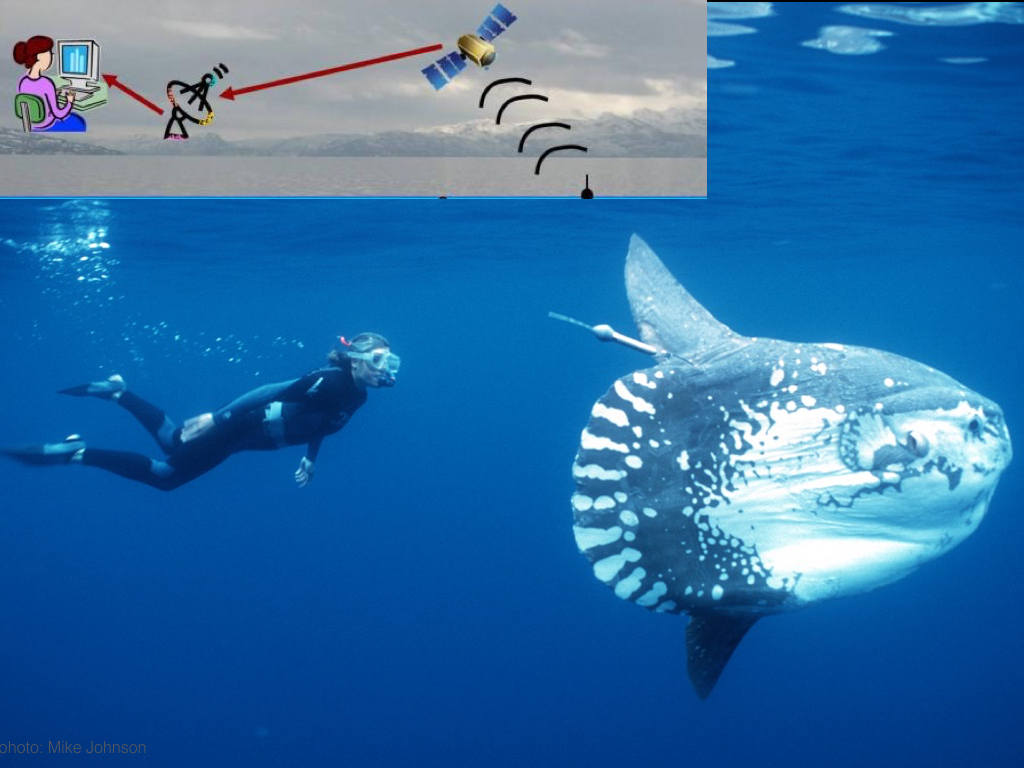 “Studying the sunfish has eclipsed studying any other fish for me. [They’re ] a massive part of the bycatch in driftnet fisheries all over the world—[but] we need to keep our jelly-eaters intact. With data, we can figure out the [sunfish] hotspots, and work to protect those areas,” Thys said.

Thys has tackled this problem herself by adapting the discipline-blending approach of her advisor, Wainwright. She has primarily used filmmaking to bridge the gap between the arts and sciences, playing key roles in high-profile documentary projects meant to improve public understanding of marine science, technology, and conservation. These include the Strange Days on Planet Earth series with National Geographic, The Shape of Life series with PBS, and several short documentary films. She has also collaborated with dance companies to create conservation-oriented dance productions, K-6 schools for educational art projects, and prisons to improve inmates’ scientific literacy with nature imagery—all to widen the scope of her science-education efforts. Thys supports her creative ideas with science itself:

“A good story can cut through these filters and light up our brains in new ways,” Thys said “By using different forms of art to tell stories infused with scientific information, we can message in profound ways. We can reach people who might not otherwise be interested or receptive to science. The arts are not a luxury, but rather a powerful vehicle for helping message, teach and share our vital scientific findings,” Thys said. 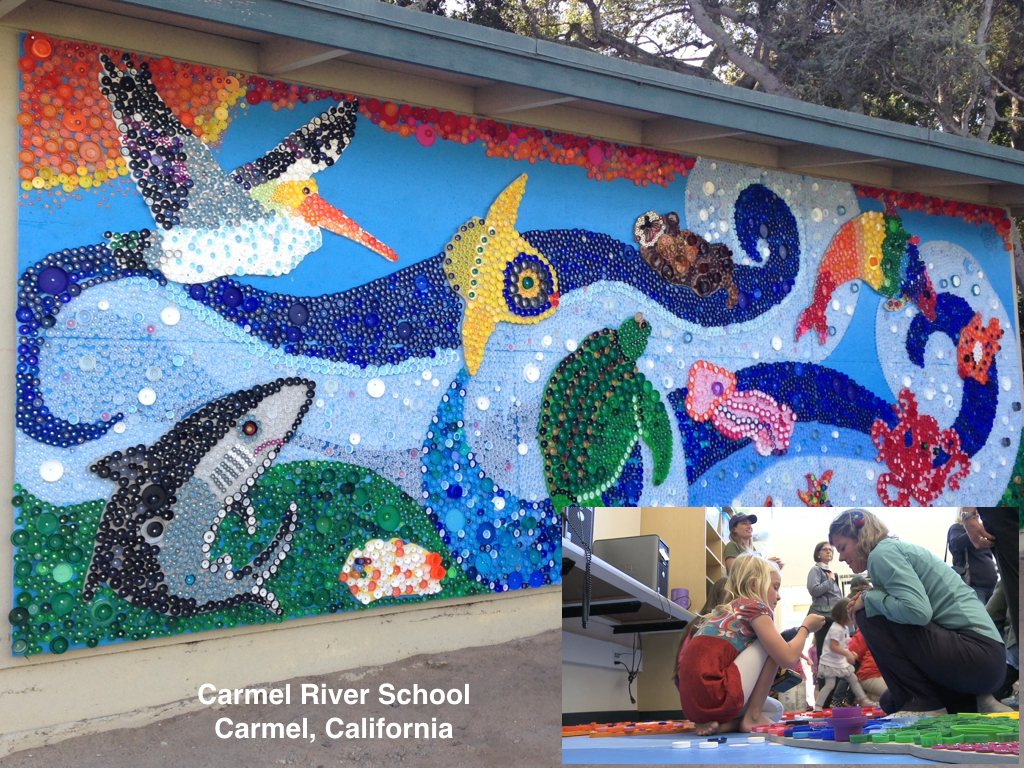 A mural Thys made with students out of bottle caps at a California elementary school, one of Thys’ many efforts to spread public awareness of scientific issues. Photo credit: Tierney Thys.

As though she hadn’t already empowered everyone in the audience to save the world, Thys concluded with a compelling piece of advice: “Be a part of something much bigger than yourself.”