Women may be more likely to be diagnosed and treated for anxiety and depression not because they are, but because they’re more willing than men to honestly answer the questions used to diagnose mental health problems, a new Duke study finds. 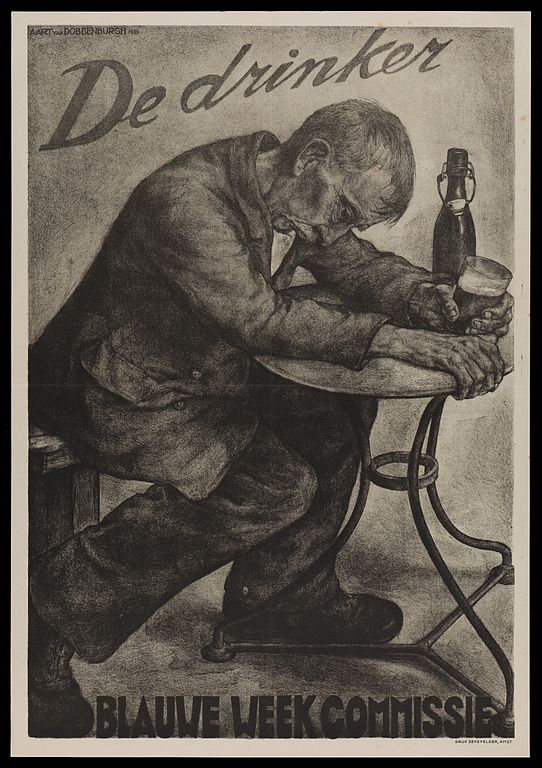 Asking men about their drinking might identify more cases of the blues like this guy. (Blauwe Week 1936 advertisement against alcohol. From Wellcome Images via Wikimedia Commons)

Jen’nan Read, a Duke sociologist and lead-author of the study, said men seem to adhere to a societal stigma to remain “macho” and are less likely to open up about their feelings. Her findings appear in Sociological Forum available online now and will appear in print in December.

Read’s study examines connections between mental and physical health in both men and women and suggests that the criteria used to examine mental health should be expanded beyond depression to include questions on substance abuse, which is another form of expressing mental distress, and more common among men.

The study finds that while depression is often how women express problems with mental health, men do so by drinking alcohol. The Duke study found that questioning men about alcohol use is a better way to diagnose both mental and physical health problems.

A common set of questions include asking how often people have trouble getting to sleep or staying asleep, felt sad, lonely or like ‘you couldn’t shake the blues.’

Jen’nan Read is a Duke sociologist

“It’s more acceptable for women to answer affirmatively to these questions,” Read said. “Men are less likely to say they have feelings of anxiety. Issues of masculinity lead many to mask their problems.”

The result is often missed diagnoses of mental health problems in men.

The study crunches data from the Aging Status and Sense of Control Survey, in which people answer questions about their mental and physical health, diet, family situation, access and use of health care and other life factors. The average of women surveyed is about 54, and the average age of men was about 51.

Read’s study found that both men and women suffering from poor mental health are likely to suffer physical problems as well, like high blood pressure, diabetes and other issues.

Mapping the Brain With Stories

Would You Expect a 'Real Man' to Tweet "Cute" or Not?