Lemurs Most Threatened Mammals on the Planet

Things seem to be going from bad to worse for the lemurs of Madagascar.

A report issued two weeks ago by a working group in Antananarivo, Madagascar’s capital, concludes that these prosimian primate cousins of ours are THE most endangered mammals on the planet with 91 percent of all lemurs on the Red List of threatened status. 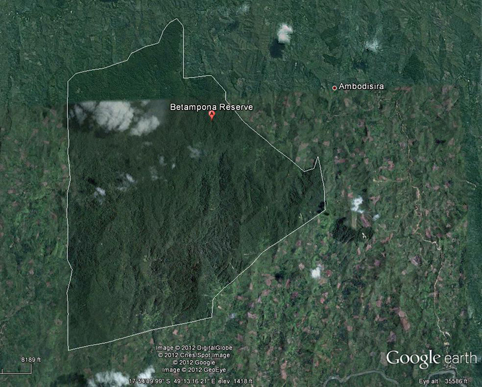 The 5,000-acre Betampona Nature Reserve in the eastern rainforest region is the smallest and oldest of Madagascar's officially protected areas. It looks like a green island surrounded by damaged forests and subsistence farming. The reserve is jointly managed by the Madagascar Fauna Group, of which the Duke Lemur Center is a founding partner, and was the site of first reintroduction of lemurs which had been bred in captivity at DLC.

In a poor and poorly governed country, humans are steadily chewing away at lemur habitat and at the lemurs themselves.

One species, the northern sportive lemur, is down to just 18 individuals on a tiny speck of habitat at the extreme northern end of the island. There are none in captivity.

“When these species disappear from Madagascar, they are lost forever,” Lemur Center Director Anne Yoder said. Captive breeding programs, like the one at the Duke Lemur Center, are a poor substitute for the protection lemurs really need.

The warning is unfortunately all too familiar to the faculty, staff and volunteers of the DLC, and it casts their work in conservation, education and research as even more critical.

In addition to its crucial work in Durham, DLC has been working on the ground in Madagascar for more than 20 years to preserve habitat and build a corps of conservation-minded citizens. Post-doctoral researcher Erik Patel  participated in the Antananarivo workshop and reported on the meeting last week.

Russ Mittermeier, chairman of the Madagascar Primate Specialist Group and President of Conservation International in the Huffington Post.

Reading between the lines of light