Considerations about AIDS from Brazilian literature

To know what illness is, you have to be ill first.

This was one of the points that post-doctoral student and essayist  Milena Mulatti Magri emphasized in her talk on Oct. 15. She was discussing Brazilian writer Caio Fernando Abreu’s writings about AIDS and its effect on groups who already faced societal prejudice before the breakout of AIDS in the 1980’s and 90’s, when patients were identified mainly as homosexual.

By studying research done by Professor Vladimir Safatle and physician and philosopher Georges Canguilhem, Magri has pieced together that health is seen as a form of normativity and disease as a deviation. Thus, ostracizing and excluding those who contract disease is seen as justifiable because they have deviated from what is seen as normal, even when the disease is not the fault of the patient.

Magri has also analyzed essays about the relationship between disease, metaphor and patient stigma, such as cancer patients who, in addition to combating the illness growing unwelcome inside their own bodies, also have to deal with social stigmas that come with disease, such as cancer as a representation for evil. 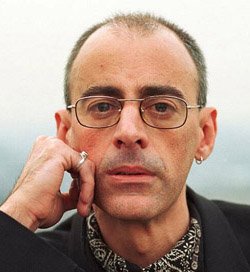 However, while Magri emphasized that social metaphors of different diseases should be deconstructed, she has also found that literature and personal writing can be a way to discuss and otherwise “incommunicable experience.”

During a time when it was seen as shameful to have AIDS, Caio Fernando Abreu began a biweekly publication of his health chronicles in the newspaper O Estado de São Paulo, which was one of the first instances of someone publicly discussing their experience with AIDS from the perspective of the ill person, as opposed to from the perspective of doctors or health experts.

Abreu’s columns confronted the difficulty of living with disease and living in proximity to death, and discuss the increased social prejudice as a result of the disease. Abreu also wrote a play called “O homem e amancha” (in English, “The Man and the Stain”), which is an intertextual reading of the famous Spanish novel Don Quijote de la Mancha. In her talk, Magri explained that “Mancha,” which in English means “stain,” can refer to both the home of Don Quijote before he sets off of on his adventures and the rare skin cancer that often accompanies AIDS called Kaposi Sarcoma, which forms lesions on the skin that resemble stains.

Abreu intended to use his own experiences to question the social prejudice against AIDS, and there Magri highlighted a marked change, even between his own writings at the beginning of his diagnosis compared to those at the end of his life, when he spoke openly and without metaphor about suffering that is amplified by social exclusion.

Magri believes that Abreu’s writings were pioneering acts of courage, and that from his writing we learn to empathize rather than to judge and stigmatize.

Coding: A Piece of Cake

Cracking the Code on Credit Cards at Datathon 2018