Who Gets Sick and Why?

During his presentation as part of the Chautauqua lecture series, Duke sociologist Dr. Tyson Brown explained his research exploring the ways racial inequalities affect a person’s health later in life. His project mainly looks at the Baby Boomer generation, Americans born between 1946 and 1964. 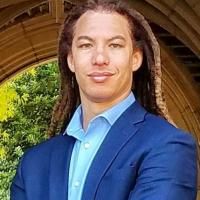 With incredible increases in life expectancy, from 47 years in 1900 to 79 today, elderly people are beginning to form a larger percentage of the population. However among black people, the average life expectancy is three and a half years shorter.

“Many of you probably do not think that three and half years is a lot,” Brown said. “But imagine how much less time that is with your family and loved ones. In the end, I think all of us agree we want those extra three and a half years.”

Not only does the black population in America have shorter lives on average but they also tend to have sicker lives with higher blood pressures, greater chances of stroke, and higher probability of diabetes. In total, the number of deaths that would be prevented if African-American people had the same life expectancy as white people is 880,000 over a nine-year span. Now, the question Brown has challenged himself with is “Why does this discrepancy occur?”

Brown said he first concluded that health habits and behaviors do not create this life expectancy gap because white and black people have similar rates of smoking, drinking, and illegal drug use. He then decided to explore socioeconomic status. He discovered that as education increases, mortality decreases. And as income increases, self-rated health increases. He said that for every dollar a white person makes, a black person makes 59 cents.

This inequality in income points to the possible cause for the racial inequality in health, he said.  Additionally, in terms of wealth instead of income, a black person has 6 cents compared to the white person’s dollar. Possibly even more concerning than this inconsistency is the fact that it has gotten worse, not better, over time. Before the 2006 recession, blacks had 10-12 cents of wealth for every white person’s dollar.

Brown believes that this financial stress forms one of many stressors in black lives including chronic stressors, everyday discrimination, traumatic events, and neighborhood disorder which affect their health.

Over time, these stressors create something called physiological dysregulation, otherwise known as wear and tear, through repeated activation of  the stress response, he said. Recognition of the prevalence of these stressors in black lives has lead to Brown’s next focus on the extent of the effect of stressors on health. For his data, he uses the Health and Retirement Study and self-rated health (proven to predict mortality better than physician evaluations). For his methods, he employs structural equation modeling. Racial inequalities in socioeconomic resources, stressors and biomarkers of physiological dysregulation collectively explain 87% of the health gap with any number of causes capable of filling the remaining percentage.

Brown said his next steps include using longitudinal and macro-level data on structural inequality to understand how social inequalities “get under the skin” over a person’s lifetime. He suggests that the next steps for society, organizations, and the government to decrease this racial discrepancy rest in changing economic policy, increasing wages, guaranteeing work, and reducing residential segregation.

Opportunities at the Intersection of Technology and Healthcare