We live in an age where new bionic limb models appear every week and tissues can be 3D-printed. Considering these exciting advances, it should come as no surprise that researchers are coming closer to engineering functional skeletal muscle. 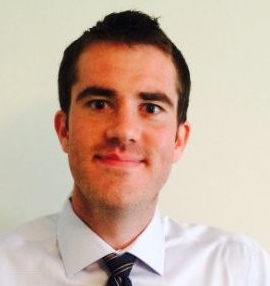 Mark Juhas is a graduate student in the biomedical engineering lab of Nenad Bursac.

“We’re trying to engineer skeletal muscle as a whole tissue to make it as functional as possible, as well as recreating other natural aspects of the muscle—most importantly its ability to regenerate,” explained Duke graduate student Mark Juhas.  Juhas hopes this research will simulate skeletal muscle accurately enough that others can use the model system to examine treatments for muscular disorders such as muscular dystrophy and myositis.

So far, Juhas has tested the system in lab dishes and in animal models, both of which have shown enormous promise.

In a dish, the stem cells within the engineered muscle were able to regenerate the tissue following injury and recover their forceful contractions. Mice were also implanted with muscle and monitored for the growth of blood vessels and function using an ingenious visualization method that relied on a genetically-encoded calcium indicator containing GFP, a fluorescence protein. The regenerative efficiency of the synthetic muscle cells was shown to be promising as well, with the time needed to regenerate equal to the time necessary in a normal mouse.

The next steps for the research are to conduct longer studies. Although the current work is with highly regenerative newborn cell types, Juhas plans on experimenting with aged cell populations next to more thoroughly test the model system’s regenerative potential. Although the model has been tested for force on a rat’s scale so far, the technology may even scale up to hit the market for humans someday.

In the meantime, the system may have enormous use for other researchers who are trying to simulate their own projects more effectively.

Guest post by Sophia Hu, a senior at the North Carolina School of Science and Math

Measuring the Mechanical Forces of Disease