Okay, this bracket thing might be getting out of hand.

But hey, we have some big dogs in all of those fights too, so we’ll play along. 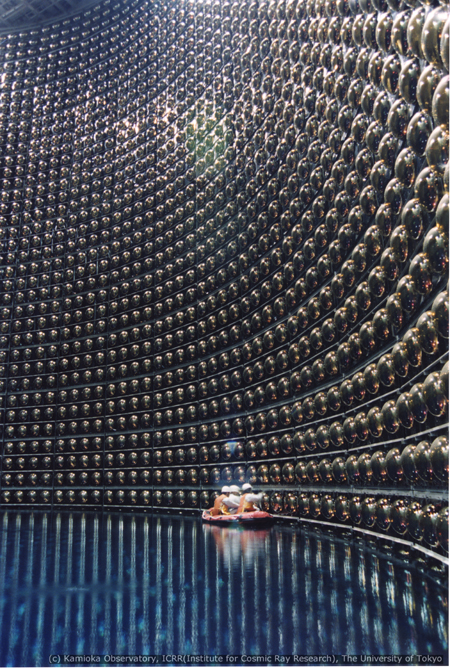 The particle physics folks at Symmetry magazine rolled out a bracket this week that pits sixteen of the coolest big machines in experimental physics against each other in head-to head-fashion.

We’re going to stay on the sidelines for this one, as both experiments involve Duke people: Neutrino hunter Kate Scholberg, a professor of physics, works with LUX . And the LHC — specifically the ATLAS experiment — has dozens of Duke folks involved, most notably Mark Kruse, the Fuchsberg-Levine Professor of physics and head of ATLAS outreach in the U.S.

The fifth match in the physics bracket pits the Super-Kamiokande neutrino detector in Japan against something called DEAP in Canada which is looking for WIMPS. (We’re not making that up; it stands for Weakly Interacting Massive Particles.)

Kate Scholberg is a professor of physics at Duke.

DEAP is probably a piece of junk though, because Super K has Scholberg and Associate Professor Chris Walter in its corner. And by the way, they’re already at work on Hyper-Kamiokande, which we’re sure the Canadians could only match with what, hyper wimps?

Go ahead and vote before 3 a.m. March 27, if you’re a fan of giant, expensive physics machines. We know we are!

UPDATE: April 7, 2015: The Dark Energy Camera, a big boy at the top of a Chilean mountain, topped the Large Hadron Collider in the final. Read the results here. We can’t believe there wasn’t some concerted ballot-stuffing going on.

Meanwhile, the good folks at ThomsonReuters have once again put out a bracket pitting the 64 universities in the men’s basketball tournament against each other on the strength of their academic publishing stats.

Last year, you’ll recall, the Blue Devils lost a heartbreaker in the final round to some California team that has like, a dancing tree for a mascot? What the Fir is up with that?

The ThomsonReuters contest is waged over h-indices, citation impact, international collaborations and other measures of research publishing rigor.

The California tree-huggers’ ballers didn’t make the basketball tournament this year, so maybe we have a clear shot to the finals again. Wisconsin and Harvard might give us a scare coming from the other side of the bracket, though.

UPDATE – April 7, 2015: We did indeed have a clear shot to the final contest, where Harvard beat us. This marks our second consecutive final-round disappointment. Read the disappointing news from Thomson Reuters.

By the way, Duke won the dang basketball tournament at least!

Cameron Crazies are rooting for our scientists too!