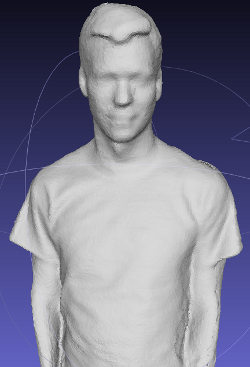 As I walked up to Gross Hall at Duke University, I felt nervous with butterflies in my stomach and honored to be able to interview Chris Tralie, a  mathematician, computer scientist, musician, and music enthusiast. My hands were getting clammy, I was starting to have second thoughts about doing the interview, and I was shivering, not because of the chilly winter weather, but rather due to the contradicting feeling of giddy, childish excitement that was racing through me.

I had looked into his research, but had trouble making sense of it and was extremely puzzled as to how someone went from computer science to electrical engineering to mathematics.

With all this on my mind, I walked up the steps of Gross Hall.

Tralie, a doctoral candidate in Duke’s Electrical and Computer Engineering department, met me at the front door and led me up to a conference room where I asked him my first question: “Could you explain your research to me, a high school senior?” He hesitated a second, then jumped into the best lecture of my life.

Chris Tralie in the visible spectrum.

He then takes the raw data he gets and turn it into a diagram. He explained that he maps the raw data out in a multidimensional environment, which has twelve dimensions to represent each note in a scale and more than forty other dimensions to represent different instrumentation in a song. It is impossible to visualize any object that has more dimensions than the three that we are acclimated to so Tralie then translates this multidimensional curve into three dimensions. You can check out the final product of this process for any song on his website, loopditty.net .

At this point of our exchange, my mind was well past blown.

Noticing my shocked, surprised, and ecstatic expression, he chuckled. I explained to him that I love what he is doing with this simple concept, but am still lost as to how one translates a multidimensional or high dimensional object into something three dimensional and perceivable. He then stepped back and explained this amazing process.

Finally, I asked him where he wanted his brainchild to be in the next three to five years. He explained that his genre labeling project is only the first step. He plans to take the looping concept that drives the project and apply it to many other scenarios. The point of his genre labeling project is to help him fully understand this concept and to work out all the possible problems that can occur. Eventually, he plans on using it in situations like security where instead of tracking loops in songs, it will track loops in security footage (someone walking on and then off the screen would be one loop).

As I left that building and made the trip back to the North Carolina School of Science and Mathematics, I felt content. I had walked into that building anxiously, feeling small and wondering what my interviewee would think of me when he realized I knew very little about his research and how someone switched between so many fields of science.

I walked out feeling well informed, understanding the transition in one’s thoughts and interests throughout the path of life, and with a new friend.

Passion, Modeling and Viruses are all Cool