Jennifer Groh, a professor of psychology and neuroscience at Duke, is launching a Coursera course next week and a book next month — both devoted to the topic of the 2014 Nobel Prize in Physiology or Medicine which was awarded Monday.

This year’s Nobel went to three scientists who discovered the neurons responsible for our brain’s form of GPS, crucial for our ability to navigate a complex and changing world. And that’s the topic of Groh’s work, “Making Space: How the Brain Knows Where Things Are.” 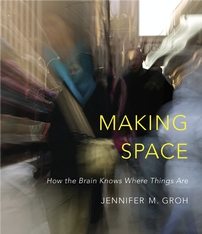 In 1971, John O´Keefe of University College London had shown that certain neurons in the hippocampus — a brain area known for its role in memory — are active only when a rat is in certain spot in its environment. O’Keefe called these neurons ‘place cells.’

In 2005, May-Britt Moser and Edvard Moser, partners in both marriage and science at the Norwegian University of Science & Technology in Trondheim,  described a region near the hippocampus in which cells became activated in a unique grid-like pattern as an animal moved through its environment. They dubbed them ‘grid cells.’

“O’Keefe and the Mosers made a discovery that I find endlessly fascinating — that a brain network closely tied with memory is extremely sensitive to one’s location in space,” Duke’s Groh said. “This suggests that our movements through the world play a role in helping us remember.” 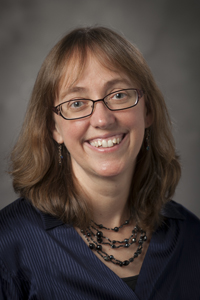 Jennifer Groh is a professor of Psychology and Neuroscience.

“Once you know this, you see the implications everywhere,” said Groh who is also a member of the Duke Institute for Brain Sciences. “For example, when you go to a college reunion and are roaming your old haunts, long dormant memories come flooding back.”

Groh’s new book, Making Space: How the Brain Knows Where Things Are, explains more about how our brains convey a sense of location and direction.  In it, Groh makes the case that such spatial processing is inextricably tied to our ability to think and remember.

Her openly available Coursera course based on the book, “The Brain and Space,” starts Monday, October 13. To celebrate the Mosers and O’Keefe winning the prize, she made her lecture on the place cells available on YouTube.