The Duke Medical Ethics Journal (DMEJ) is an undergraduate publication started in Spring of 2020 that examines conversations around universal patient-doctor responsibility. In other words, they’re training the next generation of healthcare providers to ask big questions and make informed decisions. So, we owe them a huge thank-you in advance.

On Sunday, October 24th, DMEJ hosted Dr. Gopal Sreenivasan to speak with current members. The event was open to the public as part of the club’s mission to promote ethical practices across all fields. Dr. Sreenivasan is a moral philosopher, but he is also a professor of medicine at Duke Medical School. His position as the “Crown Professor of Ethics at the Trent Center for Bioethics, Humanities & History of Medicine,” is part of an initiative to connect societal arts and sciences aspects of Duke University to the Medical School.

“Today, I want to talk to you all about the human right to health,” he opened.

Sreenivasan’s talk was focused on the question of how individual countries can provide healthcare or insure health.  “One division within the human right to health is the division between health and healthcare,” he clarified. “Another is the difference between a regular right and a human right.”

As a philosopher, Sreenivasan took the issue of access to health and placed it on a universal scale. He addressed the social determinants of health (callback time!) as part of the solution, alongside more direct-but-still-indirect healthcare actions like vaccinations. His conclusion? We are ultimately moving away from the narrative that we have a right to healthcare and towards the narrative that we have a human right to health.

“You have a right to health, but that does not necessarily mean you are going to be healthy. There are still factors that affect this which are under no one’s control. It doesn’t mean that if you don’t live to be 80 or 85 that your right has been violated. But you’re still entitled to a broader range of things than just health.”

To help illustrate this for my fellow visual learners, I’ve made a fun little visual aid.

The word human in “human right” indicates universality the same way removing the care from “healthcare” does; they both broaden the scope.

After that lovely philosophical grammatical discussion (Do colorless green ideas sleep furiously?) as our foundation, Sreenivasan moved on to a challenging analogy: waterboarding.

(The debate around whether or not waterboarding counts as torture and whether or not it is prohibited under human rights legislation is one that has been around for a long time. Torture has been banned by multiple American presidents in multiple environments, but the language around waterboarding in particular is highly controversial. You can read more about the debate here.) 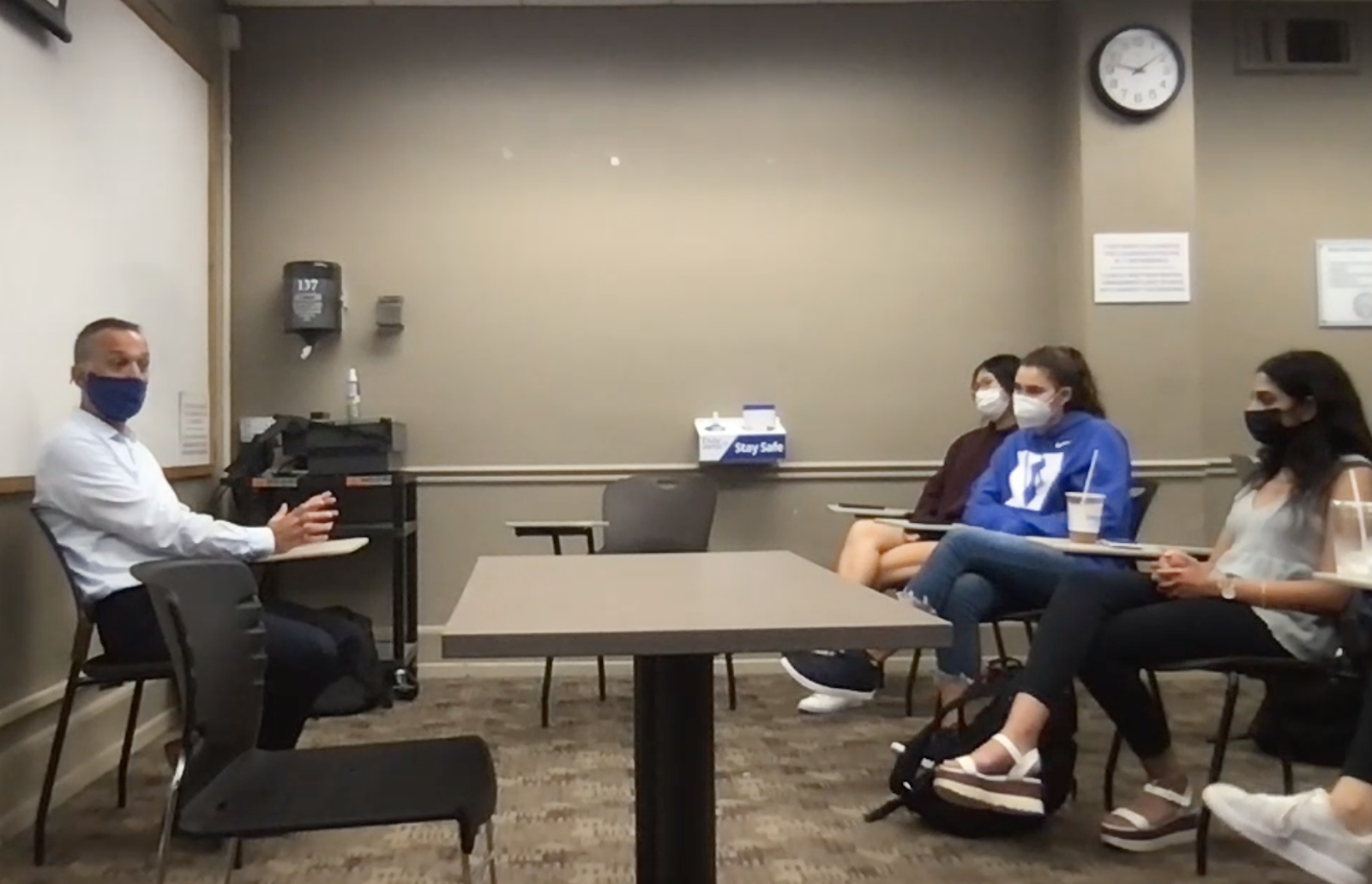 So, how is the waterboarding debate like universal healthcare?

“It seems intuitive that human rights are all or nothing.” Sreenivasan explained. “Either everyone has them or no one has them. But then you must say that their content also has to be the same.”