Overdiagnosis and the Future of Cancer Medicine

For many years, the standard strategy for fighting against cancer has been to find it early with screening when the person is still healthy, then hit it with a merciless treatment regimen to make it go away.

But not all tumors will become life-threatening cancers. Many, in fact, would have caused no issues for the rest of the patients’ lives had they not been found by screening. These cases belong to the category of overdiagnosis, one of the chief complaints against population-level screening programs.

Scientists are reconsidering the way to treat tumors because the traditional hit-it-hard approach has often caused the cancer to seemingly go away, only to have a few cells survive and the entire tumor roar back later with resistance to previously effective medicine.

In his May 23 talk to Duke Population Health, “Cancer Overdiagnosis: A Discourse on Population Health, Biologic Mechanism and Statistics,” Marc Ryser, an assistant professor at Duke’s Departments of Population Health Sciences and Mathematics, walked us through how parallel developments across different disciplines have been reshaping our cancer battle plan. He said the effort to understand the true prevalence of overdiagnosis is a point of focus in this shift.

Ryser started with the longstanding biological theory behind how tumors develop. Under the theory of clonal sweeps, a relatively linear progression of successive key mutations sweeps through the tumor, giving it increasing versatility until it is clinically diagnosed by a doctor as cancer.

With this as the underpinning model, the battle plan of screen early, treat hard (point A) makes sense because it would be better to break the chain of progression early rather than later when the disease is more developed and much more aggressive. So employing screening extensively across the population for the various types of cancer is the sure choice, right?

But the data at the population level for many different categories of cancers doesn’t support this view (point B). Excluding the cases of cervical cancer and colorectal cancer, which have benefited greatly from screening interventions, the incidence of advanced cases of breast cancer and other cancers have stayed at similar levels or actually continued to increase during the years of screening interventions. This has raised the question of when screening is truly the best option.

Scientists are thinking now in terms of a “benefit-harm balance” when mass-screening public health interventions are carried out. Overdiagnosis would pile up on the harms side, because it introduces unnecessary procedures that are associated with adverse effects.

Thinking this way would be a major adjustment, and it has brought with it major confusion.

Paralleling this recent development on the population level, new biological understanding of how tumors develop has also introduced confusion. Scientists have discovered that tumors are more heterogeneous than the clonal sweeps model would make it appear. Within one tumor, there may be many different subpopulations of cancer cells, of varying characteristics and dangerousness, competing and coexisting.

Additional research has since suggested a more complex, evolutionary and ecological based model known as the Big Bang-mutual evolution model. Instead of the “stepwise progression from normal to increasingly malignant cells with the acquisition of successive driver mutations, some cancers appear to evolve more like a Big Bang, where the malignant ability is already concentrated in the founder cell,” Ryser said.

As the first cell starts to replicate, its descendants evolve in parallel into different subpopulations expressing different characteristics. While more research has been published in favor of this model, some scientists remain skeptical.

Ryser’s research contributes to this ongoing discussion. In comparing the patterns by which mutations are present or absent in cancerous and benign tumors, he obtained results favoring the Big Bang-mutual evolution model. Rather than seeing a neat region of mutation within the tumor, which would align with the clonal sweeps model, he saw mutations dispersed throughout the tumor, like the spreading of newborn stars in the wake of the Big Bang.

The more-complicated Big Bang-mutual evolution model justifies an increasingly nuanced approach to cancer treatment that has been developing in the past few years. Known as precision medicine (point C), its goal is to provide the best treatment available to a person based on their unique set of characteristics: genetics, lifestyle, and environment. As cancer medicine evolves with this new paradigm, when to screen will remain a key question, as will the benefit-harm balance.

There’s another problem, though: Overdiagnosis is incredibly hard to quantify. In fact, it’s by nature not possible to directly measure it. That’s where another area of Ryser’s research seeks to find the answers. He is working to accurately model overdiagnosis to estimate its extent and impact.

Going forward, his research goal is to try to understand how to bring together different scales to best understand overdiagnosis. Considering it in the context of the multiscale developments he mentioned in his talk may be the key to better understand it. 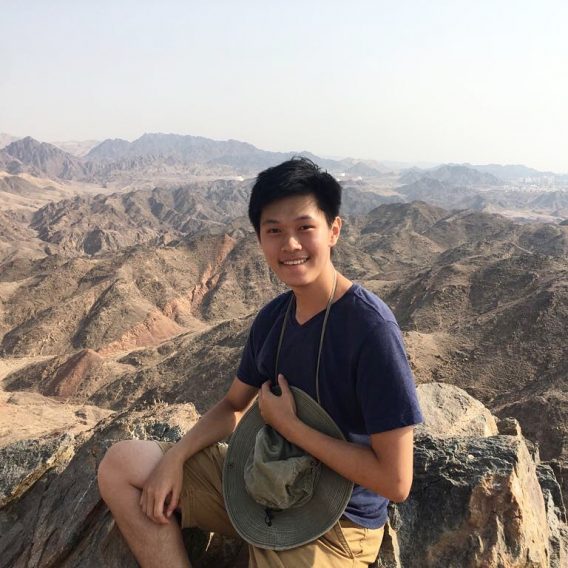 Kicking Off a Summer of Research With Data+

800+ Teams Pitched Their Best Big Ideas. With Your Help, This Duke Team Has a Chance to Win