The Realities of Dealing with Ebola and Field Research

(EDITOR’S NOTE — The original version of this post rendered Dr. James Russell’s name incorrectly throughout as Dr. Hill. Duke Research Blog apologizes for the error, which has been corrected.)

We’ve all heard about the recent outbreak of Ebola affecting various countries in West Africa. Being in the United States, problems like these often seem “too far away.” And after the initial media craze, Ebola has largely been absent from headlines recently.

Dr. Nathan Thielman (on right), the director of the Global Health Residency/Fellowship pathway program, gives Dr. James Russell a token of appreciation after his talk, on behalf of the Duke Global Health Institute.

However, there is still a large amount of work going on behind the scenes by doctors and scientists in Africa, where there is a massive effort not only to help improve public health facilities, but also a push in research to help with treating Ebola and other diseases affecting the region. The Duke Global Health Institute recently brought in Dr. James Russell from Sierra Leone to tell us about the Ebola crisis affecting West Africa.

Russell has been involved with the Ebola crisis in Sierra Leone since its start and has worked on helping patients affected by the virus, and spearheading research efforts in the region to trace sources of Ebola and identify potentially new treatments.

He said the fundamental tool, alongside infrastructure improvement, was improved clinical research. Clinical trials for treatment of Ebola have begun. Russell is also trying to answer certain questions concerning the circumstances of Ebola emergence, such as where another possible outbreak could happen so the response would be quicker and streamlined. “We know it will happen (Ebola)…but when and where?” Russell said. However, doing clinical research in the field is much more different than doing it in a controlled setting like a university laboratory. Russell talked to us about the difficulties of conducting clinical research in Sierra Leone. 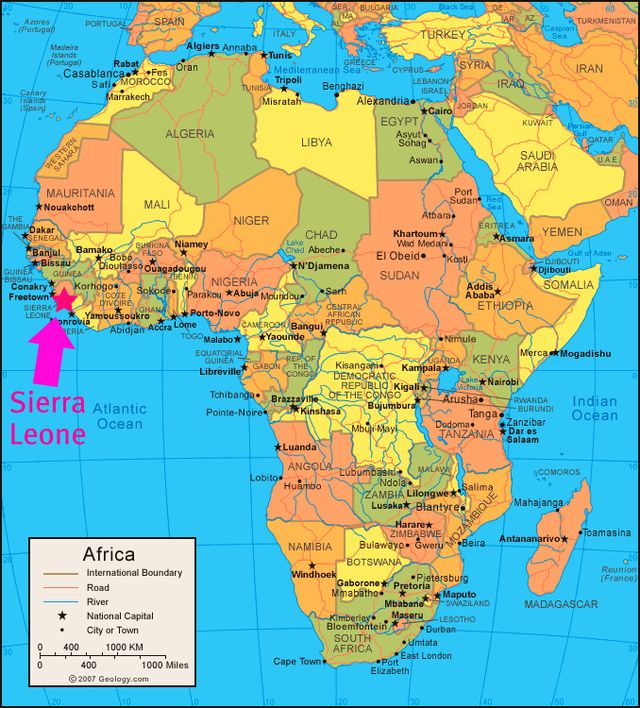 Another somewhat indirect problem is that of brain drain: Private research institutes come into communities and offer research assistant jobs to carry out trials which are often higher paying that comparable government-sponsored agencies in Africa. This ultimately takes away workers from those government agencies.

Even something as simple as a consent form turns out to be a problem when conducting field research in an impoverished region, Russell said. Illiteracy is a significant challenge, making it more difficult to get across the message typically contained in very long consent forms.

And finally, dealing with a community also means striking a careful balance between respecting the cultural beliefs of the regions, and executing the goals of the research. Russell said that in certain communities he worked with in Sierra Leone, blood was considered “sacred,” and thus people within those communities were very resistant to the idea of having blood samples taken from them.

As an undergraduate student at Duke, I’ve been exposed to research in the confines of labs within campus. Now I’ve learned from Dr. Russell’s talk that this is nowhere like working in the field, where one can’t control for all the potential factors that can affect results. Fortunately, Duke offers ample opportunity for students to have a chance to get field exposure in addition to their “in-campus” exposure to research problems, through initiatives like the Student Research Training Program, sponsored by the Duke Global Health Institute (who also hosted this talk).

At the time Russell gave this talk (October 29th), Sierra Leone wasn’t considered Ebola-free. Thanks to the efforts of people like Russell, as of November 7th, the World Health Organization declares Sierra Leone as being officially Ebola-free.