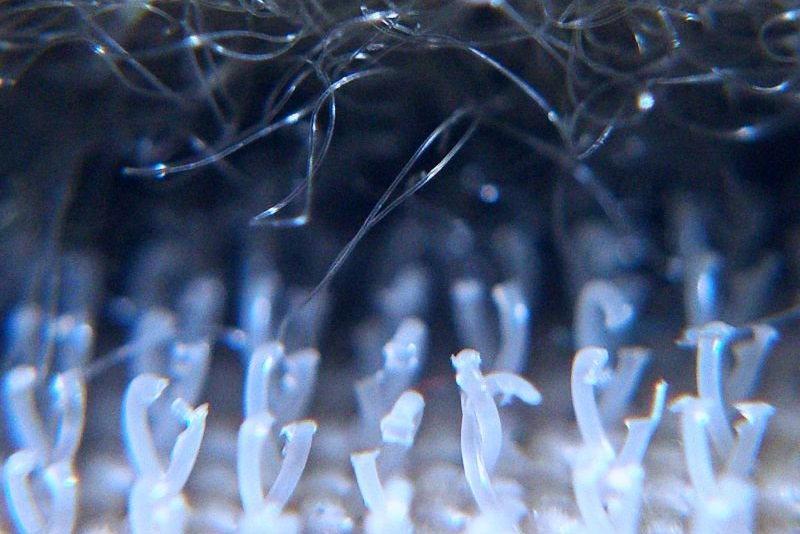 In the new technique, MRI chemical tags attach to a target molecule and nothing else – kind of like how Velcro only sticks to itself. Credit: tanakawho, via Flickr.

Imagine attaching a beacon to a drug molecule and following its journey through our winding innards, tracking just where and how it interacts with the chemicals in our bodies to help treat illnesses.

Duke scientists may be closer to doing just that. They have developed a chemical tag that can be attached to molecules to make them light up under magnetic resonance imaging (MRI).

This tag or “lightbulb” changes its frequency when the molecule interacts with another molecule, potentially allowing researchers to both locate the molecule in the body and see how it is metabolized.

“MRI methods are very sensitive to small changes in the chemical structure, so you can actually use these tags to directly image chemical transformations,” said Thomas Theis, an assistant research professor in the chemistry department at Duke.

Chemical tags that light up under MRI are not new. In 2016, the Duke team of Warren S. Warren’s lab and Qiu Wang’s lab created molecular lightbulbs for MRI that burn brighter and longer than any previously discovered. 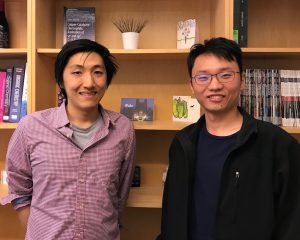 In a study published March 9 in Science Advances, the researchers report a new method for attaching tags to molecules, allowing them to tag molecules indirectly to a broader scope of molecules than they could before.

“The tags are like lightbulbs covered in Velcro,” said Junu Bae, a graduate student in Qiu Wang’s lab at Duke. “We attach the other side of the Velcro to the target molecule, and once they find each other they stick.”

This reaction is what researchers call bioorthogonal, which means that the tag will only stick to the molecular target and won’t react with any other molecules.

And the reaction was designed with another important feature in mind — it generates a rare form of nitrogen gas that also lights up under MRI.

“One could dream up a lot of potential applications for the nitrogen gas, but one that we have been thinking about is lung imaging,” Theis said.

Currently the best way to image the lungs is with xenon gas, but this method has the downside of putting patients to sleep. “Nitrogen gas would be perfectly safe to inhale because it is what you inhale in the air anyways,” Theis said. 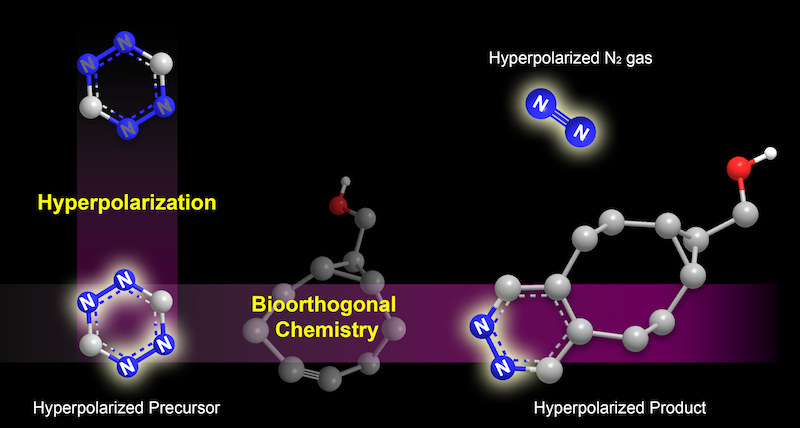 In the new technique, a type of molecule called a tetrazine is hyperpolarized, making it “light up” under MRI (illustrated on the left). It is then tagged to a target molecule through a what is called a bioorthogonal reaction. The reaction also generates a rare form of nitrogen gas that can be spotted under MRI (illustrated on the right). Credit: Junu Bae and Seoyoung Cho, Duke University.

Other applications could include watching how air flows through porous materials or studying the nitrogen fixation process in plants.

One downside to the new tags is that they don’t shine as long or as brightly as other MRI molecular lightbulbs, said Zijian Zhou, a graduate student in  Warren’s lab at Duke.

The team is tinkering with the formula for polarizing, or lighting up, the molecule tags to increase their lifetime and brilliance, and to make them more compatible with chemical conditions in the human body.

“We are now developing new techniques and new procedures which may be helpful for driving the polarization levels even higher, so we can have even better signal for these applications,” Zhou said.

High as a Satellite — Integrating Satellite Data into Science