Most of what we know about how the hippocampus, a region of the brain associated with memory formation and spatial representations, comes from research done on rodents. Rat brains have taught us a lot, but researchers in Israel have found an interesting alternative model to understanding how the hippocampus helps mammals navigate: Bats. 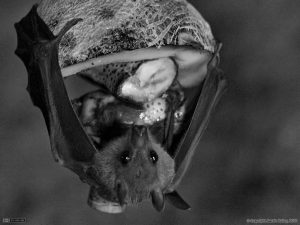 The Egyptian fruit bat proved the perfect subject for studies of mammalian navigation.

Weizmann Institute neurophysiologist Nachum Ulanovsky, PhD, and his team have looked to bats to understand the nuances of navigation through space. While previous research has identified specific cells in the hippocampus, called place cells, that are active when an animal is located in a specific place, there is not much literature describing how animals actually navigate from point A to point B. 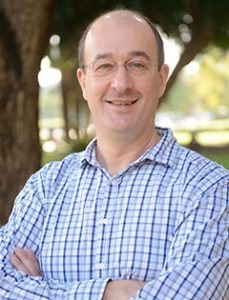 Ulanovsky believes that bats are an ingenious model to study mammalian navigation. While bats have the same types of hippocampal neurons found in rats, the patterns of bats’ neurons’ firings more closely match that of humans than rats do.

Ulanovsky sought to test how bats know where they are going. Using GPS tracking equipment, his team found that wild bats that lived in a cave would travel up to 20 kilometers to forage fruit from specific trees. Night after night, these bats followed similar routes past perfectly viable food sources to the same tree over and over again.

The understanding of hippocampal place cells firing at specific locations doesn’t explain the apparent guided travel of the bat night after night, and other explanations like olfactory input do not explain why the bats fly over good food sources to their preferred tree.

The researchers designed an experiment to test how bats encode the 3D information necessary for this navigation. By letting the bats fly around and recording brain activity, Ulanovsky and team found that their 3D models are actually spherical in shape. They also found another type of hippocampal cells that encode the orientation the bat is facing. These head direction cells operate in a coordinate system that allows for a continuity of awareness of its orientation as the animal moves through space.

Ulanovsky found bats relied on memory to navigate toward the goal.

To test whether the bats’ relied on memory, the Ulvanosky team measured the goal direction angle, or the angle between the bat’s head orientation and the goal. After being familiarized with the location of the goal, the bats tended toward a goal-direction angle of zero, meaning they oriented themselves toward the goal even when the goal was out of sight.

Continued research identified cells that encode information about the distance the bat is from the goal, the final piece allowing bats to navigate to a goal successfully. These hippocampal cells selectively fire when the bat is within specific distances of the goal, allowing for an awareness of location over distance.

While Ulanovsky and his team have met incredible success in identifying new types of cells as well as new functions of known cells in the hippocampus, further research in a more natural setting is required.

“If we study only under these very controlled and sterile environments, we may miss the very thing we are trying to understand, which is behavior,” Ulanovsky concluded.