The neurotransmitter dopamine plays a major role in mental illnesses like substance abuse disorders and depressive disorders, as well as a more general role in reward and motivational systems of the brain. But there are still certain aspects of dopamine activity in the brain that we don’t know much about. 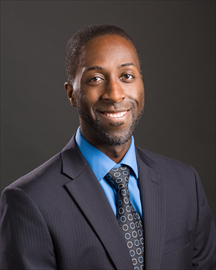 Nii Antie Addy and his lab are interested in the role of dopamine in substance abuse and mood disorders.

Duke graduate Nii Antie Addy, PhD, and his lab at Yale School of Medicine have been focusing on dopamine activity in a specific part of the brain that has not been studied: the ventral tegmental area (VTA).

To understand the mechanisms underlying this association, Addy and his team looked at cue-induced drug-seeking behavior. Using classical conditioning, rats can be trained to pair certain cues with the reward of drug administration. When a rat receives an unexpected award, dopamine activity increases. After conditioning, dopamine is released in response to the cue more  than to the drug itself. Looking at the patterns of dopamine release in rats who are forced to undergo detoxification can thus provide insight into how these cues and neurotransmitter activity relate to relapse of substance abuse.

When rats are taught to self-administer cocaine, and each administration of the drug is paired with the cue, after a period of forced detoxification, the rodents continue to try to self-administer the drug, even when the drug is withheld and only the cue is presented. This finding again demonstrates the connection between the cue and drug-seeking behavior.

Studying the activity in the VTA gave additional insights into the regulation of this system. During the period of abstinence, when the rodents are forced to detox, researchers observed an increase in the activity of cholingergic neurons, or neurons in the brain system that respond to the neurotransmitter acetylcholine.

Using these observations, Addy and his team sought to identify which of the various receptors that respond to acetylcholine can be used to regulate the dopamine system behind drug-seeking behaviors. They discovered that a specific type of acetylcholine receptor, the muscarinic receptor, is involved in more general reward-seeking behaviors and thus may be a target for therapies.

Using Isradipine, a drug already approved by the FDA for treatment of high blood pressure, Addy designed an experiment to test the role of these muscarinic receptors. He co-opted the drug to act as a calcium antagonist in the VTA and thus increase dopamine activity in rodents during their forced detox and before returning them to access to cocaine. The outcome was promising: administration of Isradipine was associated with a decrease in the coke-seeking behavior of rodents then placed in the chamber with the cue.

The understanding of the role of cholinergic neurons in regulation of dopamine-related mental illnesses like substance-abuse also contributes insights into depressive and anxiety disorders. If the same pathway implicated in cue-induced drug-seeking were involved in depressive and anxious behaviors, then increasing cholinergic activity should increase pro-depressive behavior.

Addy’s experiment yielded exactly these results, opening up new areas to be further researched to improve the treatment of mood disorders.

To Frack or Not to Frack