Using mathematics to model the kidney and its biological systems is a field of study located at the intersection of two disciplines. 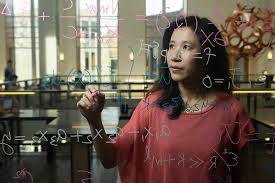 But for Duke’s Anita Layton, PhD, the Robert R. and Katherine B. Penn Professor of Mathematics and a professor of biomedical engineering, that just adds to the fun of it.

Growing up, with her father as the head of mathematics at her school, she was always told she was going to be a mathematician just like him. So she knew that was the last thing she wanted to do.

When Layton arrived as an undergraduate at Duke, she began a major in physics, but she seemed rather cursed when it came to getting correct results from her experiments. She settled for a BA in physics, but her academic journey was far from over. She had also taken a computer science course at Duke and fallen in love with it. If an experiment went wrong “things didn’t smell or blow up” and you could fix your mistake and move on, she said.

While pursuing her PhD in computer science at the University of Toronto, Layton was performing very math-oriented computer science, working with and analyzing numbers. However, it would be a while before biology entered the mix

While she was never good at dissections, she told me she was always good at understanding things that ‘flow’ and she came to the realization that blood is something that flows. She thought, “Hey, I can do that. 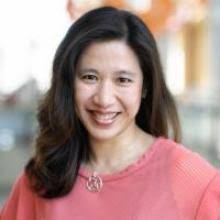 Layton began creating programs that could solve the equations that model blood flow quickly, using her background in computer science. She then started learning about physiology, focusing on the renal system, and making models

It was a journey that took her to many different places, with pit stops and U-turns throughout many different fields. Had Layton stuck with just physics or computer science or math, she never would have ventured out and found this field that she is an expert in now.

It’s her interest in many different fields that has set Layton apart from many other people in the STEM field. In learning a wide variety of things, she has gotten better at computer science, mathematics, biology, physics, and more

When asked about what advice she would give her younger self, or any young person going into college, it would be to do just that: “Learn more things that you’re not good at.” She encouraged just taking a chemistry or biology class once in a while, or a philosophy course that makes you think in ways that you don’t normally. It’s often in those classes that you unearth things that can truly set your life in a completely different direction, Layton said, and she’s living proof of that. 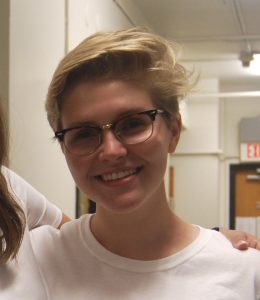 Guest Post by Cecilia Poston, a senior at North Carolina School of Science and Math