The Internet of Things has tons of possibilities and applications, but some of them could be malicious. 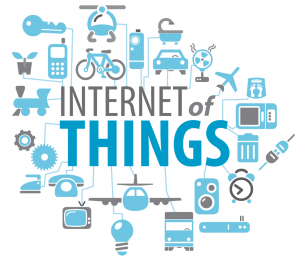 This week, the Duke Digital Initiative (DDI) held an open house in the Technology Engagement Center (TEC) where you could go in and check out the new equipment they’ve installed. They all have one central theme: the Internet of Things (IoT). What is the Internet of Things? It’s pretty simple. The Internet of Things “refers to the interconnectivity of devices on the internet.” In other words, if something can connect to things like wifi, social media, or your phone, it makes it an IoT device!

A classic example of an IoT device I’m sure you’re all familiar with is the Amazon Echo. You could ask it to order you something, look up a word, what the weather is like… you get the idea. Echo and Alexa are just one kind of IoT. We’re also talking lightbulbs, outlets, robots, thermostats…  Eventually your whole house might become an IoT device. The future is here!

Devices such as the Echo Dot, Philips Hue Smart Lightbulb, Samsung Smart Outlet, Meccano Robot, and Swipe-O-Matic are all showcased in the TEC. It’s part of the DDI’s “IoT Initiative” this year to give Duke faculty, staff, and students a better understanding of the power of IoT devices. As one expert on site said, “the devices are everywhere.”

The Co-Lab had actually hacked the Echo Dot and programmed in some of their own commands, so it was responding to questions like “Who is Maria?” and “Where is this place?”

The Meccano Robot (named “Techy”) was fun to mess around with, and a big hit among attendees. He’s more of a consumer-friendly toy, but just by using voice-commands I got him to give me a high-five and even tango. 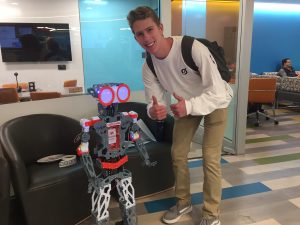 Me, cheesin’ with Techy

The smart lightbulb was low-key the coolest thing there. By using multiple lights you can customize different “environments” like a TV watching environment or party environment, and the lights will change color/brightness accordingly with just a tap on your phone. The smart outlets were cool, too. They can be controlled remotely from your phone and even have timers set. 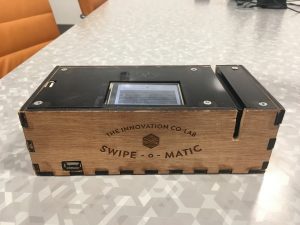 One device — the “Swipe-O-Matic”—was actually invented by Duke students, and we used it to add my name to the Co-Lab mailing list just by swiping my Duke Card.

While these devices are all fun and useful, one expert I spoke with noted “there’s lots of consequences to using them—good, and bad.”

As they become more consumer available, if your machine is particularly vulnerable, bad people could hack into parts of your life. Think about a smart door lock. It’s super useful—you can create virtual keys for family members, let someone in remotely, or give your housekeepers access at certain times of the day. However, this could obviously go pretty badly if someone were to hack it and enter your house.

But don’t worry. As technology progresses, IoT devices will eventually be all around us. While security is an issue, these devices have way more good to them than bad. “Snapchat spectacles” are sunglasses that can record video and upload it straight to the Snapchat app. Someone at the TEC had the idea for “smart window blinds” that know when to open and close. Imagine a plant pot that sent you a notification when it needed to be watered. The uses are seemingly endless!