DURHAM, N.C. — Research suggests that the earlier someone is exposed to weed, the worse it is for them.

Very early on in our life, we develop basic motor and sensory functions. In adolescence, our teenage years, we start developing more complex functions — cognitive, social and emotional functions. These developments differ based on one’s experience growing up — their family, their school, their relationships — and are fundamental to our growth as healthy human beings.

This process has shown to be impaired when marijuana is introduced, according to Dr. Diana Dow-Edwards of SUNY Downstate Medical Center.

Sure, a lot of people may think marijuana isn’t so bad…but think again. At an Oct. 11 seminar at Duke’s Center on Addiction & Behavior Change, Dow-Edwards enlightened those who attended with correlations between smoking the reefer and things like IQ, psychosis and memory. 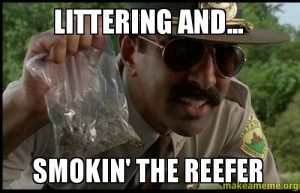 Dow-Edwards is currently a professor of physiology and pharmacology and clearly knows her stuff. She was throwing complicated graphs and large studies at us, all backing up her primary claim: the “dose-response relationship.” Basically the more you smoke (“dose”), the more of a biological effect it will have on you (“response”). 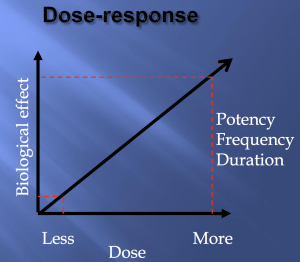 Looking at pot users after adolescence showed that occasionally smoking did not cause a big change in IQ, and frequently smoking affected IQ a little. However, looking at adults who smoked during adolescence correlated to a huge drop of around 7 IQ points for infrequent smokers and 10 points for frequent smokers. Here we see how both age and frequency play a role in weed’s effect on cognition. So if you are going to make the choice to light up, maybe wait until your executive functions mature around 24 years old.

Smoking weed earlier in life also showed a strong correlation with an earlier onset of psychosis, a very serious mental disorder in which you start to lose sense of reality. Definitely not good. I’m not trynna get diagnosed with psychosis any time soon!

One perhaps encouraging study for you smokers out there was that marijuana really had no effect on long-term memory. Non-smokers were better at verbal learning than heavy smokers…until after a three week abstinence break, where the heavy smokers’ memories recovered to match the control groups’. So while smoking weed when you have a test coming up maybe isn’t the best idea, there’s not necessarily a need to fear in the long run. 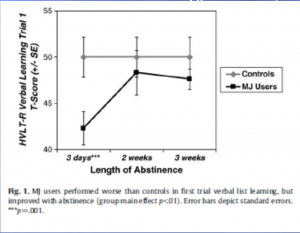 A similar study showed that signs of depression and anxiety also normalized after 28 days of not smoking. Don’t get too hyped though, because even after the abstinence period, there was still “persistent impulsivity and reduced reward responses,” as well as a drop in attention accuracy.

A common belief about weed is that it is not addicting, but it actually is. What happens is that after repetitively smoking, feeling high no longer equates to feeling better than normal, but rather being sober equates to feeling worse than normal. This can lead to irritability, reduced appetite, and sleeplessness. Up to 1/2 of teens who smoke pot daily become dependent, and in broader terms, 9 percent of people who just experiment become dependent.

In summary, “marijuana interferes with normal brain development and maturation.” While it’s not going to kill you, it does effect your cognitive functions. Plus, you are at a higher risk for mental disorders like psychosis and future dependence. So choose wisely, my friends.