The synthetic protein clamps down on the porphyrin like the jaws of an alligator. Credit: Nicholas Polizzi.

Proteins have the power to turbo-charge biochemical reactions inside the body.

Without the help of types of proteins called enzymes, the reaction that builds DNA could take over 130,000 years to complete. Enzymes cut that time down to just a few milliseconds.

A team of chemists at Duke and UC San Francisco is the first to solve this protein design puzzle. The team created a synthetic protein that tightly binds a non-biological catalyst, a type of molecule called porphyrin that is capable of stealing electrons from other molecules when it absorbs light.

“To be able to combine man-made catalysts with proteins would be really big in the chemistry field because then you could combine the power of an enzyme with that of a reaction that isn’t found in nature,” said former Duke graduate student Nicholas Polizzi, who is now a postdoctoral researcher in William DeGrado’s lab at UCSF.

“We were able to figure out the design criteria necessary to place that porphyrin in a protein to within a very high accuracy,” Polizzi said. “That was a really big stepping stone to be able to design new protein-cofactor combinations not seen in nature.”

Proteins are made of chains of hundreds or thousands of smaller amino acids that twist and loop into complex 3-D shapes that can interlock with other molecules like pieces of a jigsaw puzzle. To catalyze chemical reactions, protein-cofactor combinations hold two or more molecules in precisely-shaped pockets that keep the molecules in just the right positions, and provide the right environment, for a chemical reaction to occur. 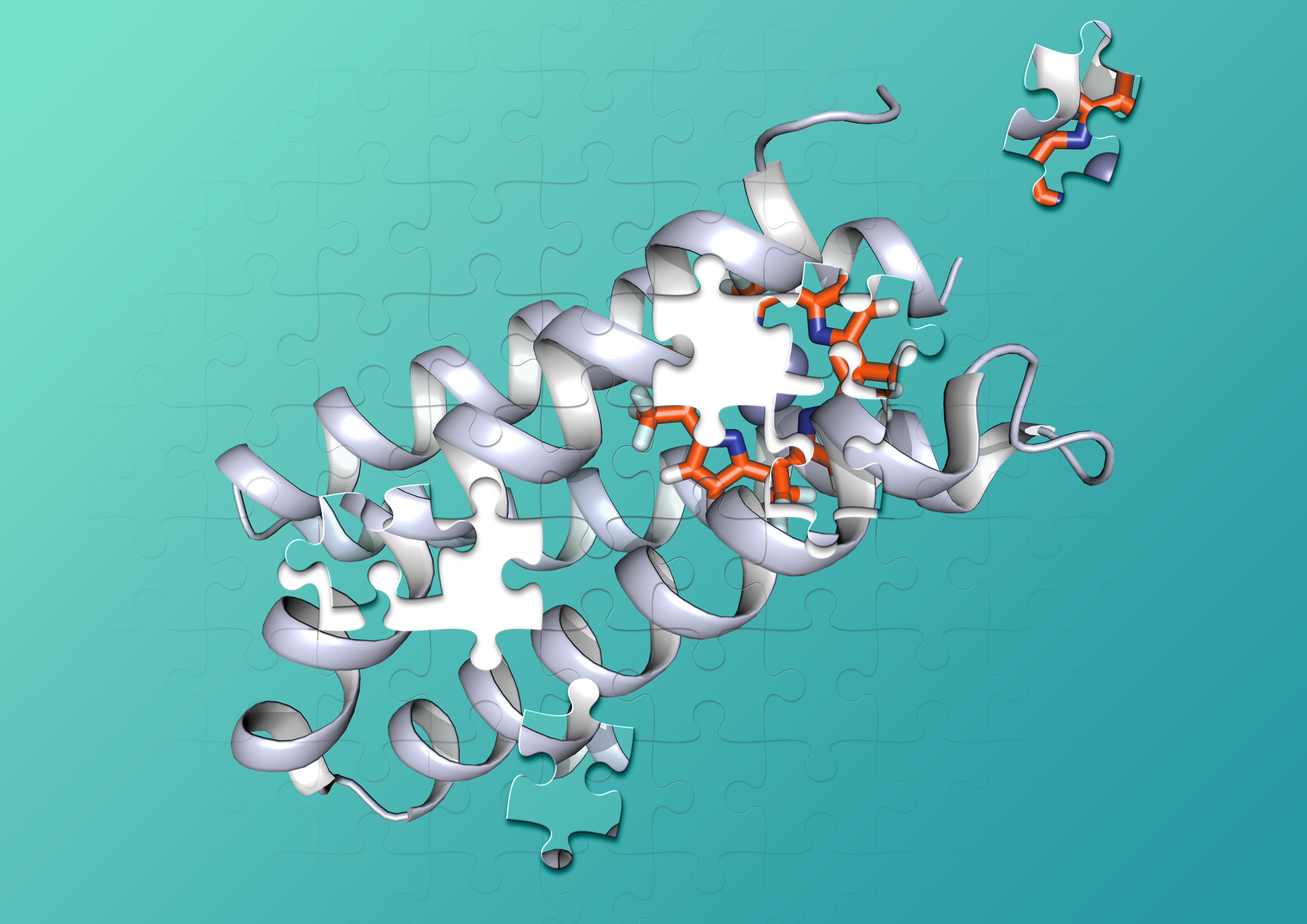 Millions of years of evolution have created proteins that fold into the shapes that tightly grip specific cofactors and provide the perfect environments to catalyze chemical reactions.

For over 25 years, chemists have used what they know about protein folding to design synthetic amino acid sequences that twist up into useful shapes. But so far, they have been unable to design a protein that binds a non-biological cofactor with the precision necessary to power complex new chemical reactions.

Polizzi said this may be because these designs focused primarily on the “binding site” where cofactors and reacting molecules fit into the protein, while ignoring the rest of the structure. “What I did differently is that I considered essentially the entire interior of protein as the binding site for the porphyrin, as opposed to just a few amino acids that touch the porphyrin,” Polizzi said.

To understand how this works, you can think of the protein as the mouth of an alligator, said Michael Therien, William R. Kenan Jr. Professor of Chemistry at Duke. The protein latches onto a cofactor in the same way that an alligator uses its front teeth to chomp down on dinner. But for the front teeth to get a strong grip, the jaw and back teeth also have to be designed correctly.

“The new concept here is that the non-binding region of the protein is held in a shape that allows the binding region to work,” Therien said.

“We called the protein ‘gator’ in the lab,” Polizzi said.

The jaws of the gator protein actually clamp down so hard on the porphyrin cofactor that the whole structure is too rigid to catalyze a reaction, Polizzi said. But with a few tweaks to loosen up the structure, he thinks he can get it to work.

“In this reaction, often times you need a little bit of wiggle room in the protein for it to move. And there was no wiggle room in our protein, everything fit too perfectly,” Polizzi said.