DURHAM, N.C. — The barriers to minority students in science, technology, engineering and math (STEM) don’t go away once they’ve finished school and landed a job, studies show. But one nationwide initiative aims to level the playing field once they get there.

With support from a 3-year, $500,0000 grant from the National Science Foundation, assistant professors and postdoctoral fellows who come from underrepresented minorities are encouraged to apply by May 5 for a free grant writing workshop to be held June 22-24 in Washington, D.C..

It’s no secret that STEM has a diversity problem. In 2015, African-Americans and Latinos made up 29 percent of the U.S. workforce, but only 11 percent of scientists and engineers.

A study published in the journal Science in 2011 revealed that minority scientists also were less likely to win grants from the National Institutes of Health, the largest source of research funding to universities.

Even when the study authors made sure they were comparing applicants with similar educational backgrounds, training, employers and publication records, the funding gap persisted — particularly for African-Americans. 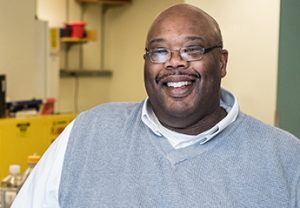 In 2013, Booker and colleagues on the Minority Affairs Committee of the American Society for Biochemistry and Molecular Biology decided to host a workshop to demystify the grant application process and help minority scientists write winning grants.

Grant success is key to making it in academia. Even at universities that don’t make funding a formal requirement for tenure and promotion, research is expensive. Outside funding is often required to keep a lab going, and research productivity — generating data and publishing results — is critical.

Participants include researchers in biology, biophysics, biochemistry and molecular biology. More than half of the program’s 130 alumni have been awarded NSF or NIH grants since the workshop series started in 2013.

Booker anticipates this year’s program will include more postdoctoral fellows. “Now we’re trying to expand the program to intervene at an earlier stage,” Booker said.

To apply for the 2017 workshop visit http://www.asbmb.org/grantwriting/.  The application deadline is May 5.