What is Money Really Worth?

“Yesterday, I was at an event and I sat next to an economist,” Brian Hare told my class. “I asked him: how old is money? He was completely lost.”

I was in Hare’s class on a Monday at noon, laughing at his description of the interaction. We had so far been exploring the origins of humans’ particular ways of making sense of the world through his course in Human Cognitive Evolution and we were faced with a slide that established the industrial period as less than 200 years old. As compared to a hunting and gathering lifestyle, this stretch of time is minuscule on an evolutionary scale.

Why then do so many studies employ money as a proxy for the measurement of human behaviors that have been shaped by hundreds of thousands of years? This kind of research is trying to get at “prosociality,” (the ability to be altruistic and cooperative towards others) or empathy and guilt aversion, just to name a few.

I had started to wonder about this months before as a summer intern at the University of Tokyo. As I listened to a graduate student describe an experiment employing money to understand how humans behaved cooperatively, I grew puzzled. I eventually asked: Why was money used in this experiment? The argument was made that money was enough of a motivator for this sample population of college students to generalize that if they chose to share it, it must mean something.

During a panel discussion about prosociality at the American Association for the Advancement of Science meeting in Boston last month, my chance came to ask the question again. Alan Sanfey, professor at the Donders Institute for Brain, Cognition and Behavior, used experimental paradigms that rewarded participants with money to tease out the particular effects of guilt on generous behavior.

“Is money a good proxy for understanding evolutionarily ancient behavior?” I asked. Robin Dunbar, professor of evolutionary psychology at Oxford University took a dig at my question and mentioned that the barter system would have likely been the best ancient representative of money. However, the barter system likely came to life during the agricultural period, which itself is less than 10,000 years old. 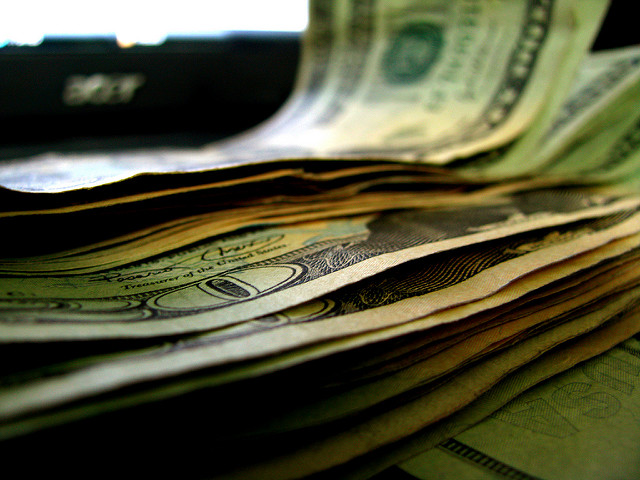 Stephen Pluháček, an attendee at the event and a senior scholar at the University of New Hampshire, said in a followup email to me that he “was interested in [my] question to the panel and disappointed by their response — which I found indicative of the ways we can become so habituated to a way of looking at things that we find it difficult to even hear questions that challenge our foundational assumptions.”

“As I said in our brief conversation, I am not convinced that money can stand as a proxy for prosocial behavior (trust, generosity) in humans prior to the advent of agriculture,” Pluháček wrote. “And even barter or gift exchange may be limited in their applicability to early humans (as well as to modern humans prior to the cognitive revolution).”

So, I’m not alone in my skepticism. However, in my discussion with Leonard White, my advisor and associate director for education in the Duke Institute for Brain Sciences, he pointed out:

“The brain is remarkably facile. We have this amazing capacity for proxy substitution.”

In essence, this would mean that our brain would be able to consider money as a reward just like any reward that might have mediated the evolution of our behavior over time. We would thus be able to test subjects with “modern” stimuli, it appears.

It is clear that an evolutionary narrative is important to creating a more complete picture of contemporary human behavior. But sometimes the proxies we choose to make these measures don’t fit very well with our long history.