Imagine catching a ball thrown at you out of mid-air. Your response seems almost instinctive, like a reflex. However, this seemingly simple movement contains complex components: one must judge the ball’s arc to decide where it will intersect a particular height, and how fast one must move his hand to catch the accelerating ball.

This calculation requires an entire concert of neural signals, firing in a manner so precise that it produces an accurate estimate of the speed and direction of the ball’s trajectory. Add to this complicated model the fact that each individual neuron produces a certain amount of noise — that is, across various trials, the same neurons produce different firing responses to the same stimuli. These multiple layers of convolution would frustrate most, but Dr. Stephen Lisberger thrives upon it. 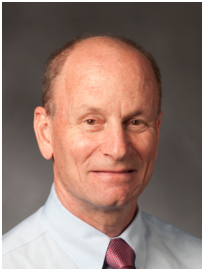 Lisberger, the Chair of Neurobiology at Duke School of Medicine, emphasizes that while a single noisy neuron cannot produce an accurate estimate of speed and direction, the key lies in populations of neurons. On January 25, Lisberger presented his research to a diverse crowd of Duke scientists.

Lisberger and his team have performed multiple trials in which a monkey tracked a visual stimulus with his eye, thus activating certain neurons. They found that the noise persisted even in neural populations.

Lisberger, rather than being discouraged, turns this noise into an asset. He reasons that variation is something which the brain must handle; therefore, he can use variation to learn about the brain.

When a monkey follows a visual stimulus with his eye, he integrates the sensory system with a motor region of the brain called MT. Lisberger isolated the source of the noise to the sensory system, rather than MT. He found that other movements originating from MT did not display the same noise; thus, the noise in eye tracking must have come from the sensory system.

The noise from the sensory system propagates down to MT, and Lisberger follows in his analysis.

One of his colleagues proposed that the random noise over a large population of neurons should cancel itself out. Lisberger contradicts this idea, noting that the variation is correlated among neurons in MT. Variations in pairs of neurons fluctuate up and down together. Thus, some of the “noise” is actually signal. This shared noise is transmitted through the circuit, while independent noise averages itself away.

Ultimately, Lisberger models neural responses over multiple trials to statistically estimate the direction and speed indicated by a particular response. The brain though, has not the luxury of simultaneously integrating and analyzing such large pools of data in its fraction-of-a-second estimate. Instead, the brain makes do with what it has, which, as Lisberger points out, is enough.

A New Partnership with IIT in India