What all those folks dumping ice water over their heads to raise money for the ALS Association may not realize is that a small number of patients with the degenerative neurological disease might sometimes get better.

In a new patient-funded program called ALS Reversals, Duke researchers are trying to find out why.

“Any time you have a patient with ALS who’s getting better, no matter what it is that they’re doing, I think you should try to put a lot of effort into understanding that patient,” said Richard Bedlack, M.D., Ph.D., associate professor of neurology at Duke University School of Medicine and director of the Duke ALS Clinic. 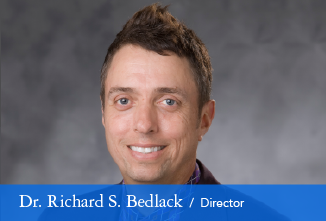 Not everyone believes that the reversal of ALS is real. And if it is, then some skeptics say that the number of examples might be too few to learn anything of value from, Bedlack said.  “I would say the only way you’ll know the answer to that is to try,” he added.

Bedlack said there may be three possible explanations for why some people with ALS stop progressing or get better. First, the person may never have had ALS in the first place; he or she may instead have an unusual form of myasthenia gravis, for example.

Second, something unique about that person’s body might be helping them fight the disease. “The [first and second] possibilities can be teased apart. We can get these folks to send their records and come to Duke, and we can study them,” Bedlack said. The researchers would like to compare these patients’ gene sequences, gene expression data or antibody profiles to those of more typical ALS patients.

The third, and perhaps most controversial, explanation for ALS reversal is that the patient tried a treatment that worked.

The idea for the ALSReversals came to Bedlack as he was reviewing alternative and off-label therapies for ALS. In an effort to quash misinformation floating around the web about such therapies, Bedlack had started ALSUntangled, a group of scientists and clinicians who systematically study any available evidence behind a given therapy — elected by the public via social media — and publish an open review about it.

To Bedlack’s surprise, the ALSUntangled team found that some alternative ALS therapies might show some promise, and probably need more study. One of those was lunasin, a peptide derived from soybeans that is sold as a nutritional supplement. The group is still finishing their review of lunasin and Bedlack plans to carry out a pilot study of it through the ALS Reversals program.

In the past decade, new research has already helped ALS patients by improving their quality of life and functioning. This has made the work of the Duke ALS Clinic more about helping people live with the disease rather than just diagnosing them.

And just for good measure, the clinic team also participated in the Ice Bucket Challenge.

Bedlack is excited by the new attention to ALS. “I’ve never seen ALS being talked about by so many people,” he said, adding that he looks forward to seeing what comes of the boost in funds.

The viral  Ice Bucket Challenge has so far raised more than $94 million in donations to the ALS Association as of Aug. 27.

An estimated 30,000 Americans are living with ALS. One in 500 people will develop ALS in his or her lifetime. It’s incurable, and terrible. But maybe you have already learned that through the Ice Bucket Challenge.

Summer Restoration in a Bolivian Winter

A Quiet but Fundamental Case in the Flame Retardant Debate