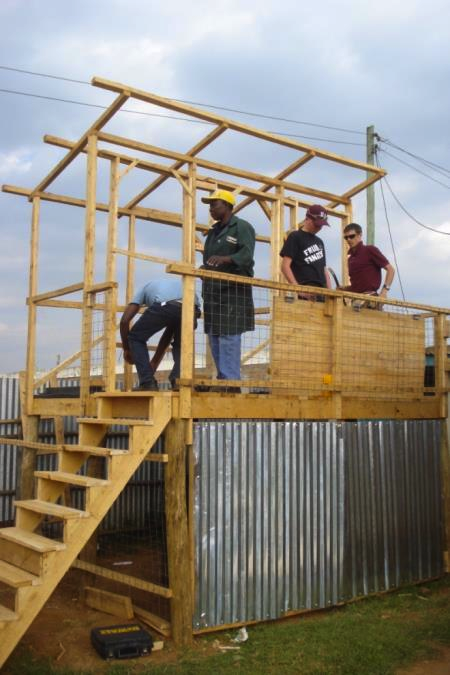 Marc Deshusses spends a lot of time thinking about toilets.

A professor of civil and environmental engineering at Duke, Deshusses studies and designs technologies to treat contaminated soil, air and water — and save lives in the process.

An estimated 2.6 billion people across the globe lack access to a safe way of disposing of human waste. Poor sanitation spreads waterborne and diarrheal diseases, contributing to the deaths of over half a million children a year.

“The problem is huge,” Deshusses said last week in a talk (watch it here) describing two of his lab’s recent projects to improve the sanitation crisis. “We’re trying hard, we’re working on our solutions, and we’re trying to make a dent in this massive problem.”

One of those solutions-in-progress is a low-tech anaerobic digester, a toilet system that relies on biogas (produced by bacteria when they break down the human waste) and a simple biogas-powered heater to sterilize the treated waste. Deshusses wanted the digester to be cheap and easy to assemble, so one prototype even included a heater made from an aluminum coffee canister and a tomato soup can.

But before Deshusses’ team could deploy the technology in the field, they had to test it in the lab. And to do that, without having to handle real (somewhat dangerous) sewage, they turned to a synthetic pee-and-poo product developed for NASA.

NASA cares deeply about this issue because the logistics of dealing with waste in space are even trickier than on earth. The Duke team tinkered with a recipe for synthetic poop, adapting a formula for “simulated human feces” published in 2006 by NASA-funded researchers. The chemical composition of human waste varies from person to person, but the imitation poop needed to achieve the right nitrogen content, salts content, and chemical/biochemical oxygen demand, all of which impact how bacteria will break the waste down. Deshusses’ lab mixed up vats of the ingredients below, which include some surprising candidates.

The finished product, ready to be anaerobically digested

In the lab, the bacteria broke down the synthetic waste, producing enough biogas to power the heater, which in turn sterilized the small amount of leftover sewage. After confirming the technology worked, local partners helped the team deploy prototype digester toilets in three locations around Eldoret, Kenya last summer. Through trial and error there, they’re learning how to make the system even better, so they can roll out deployment in more locations.

See a movie from the Pratt School of Engineering:

“There’s not a silver bullet,” Deshusses said, but added, “anaerobic digestion is simple, it works, and it has potential.” 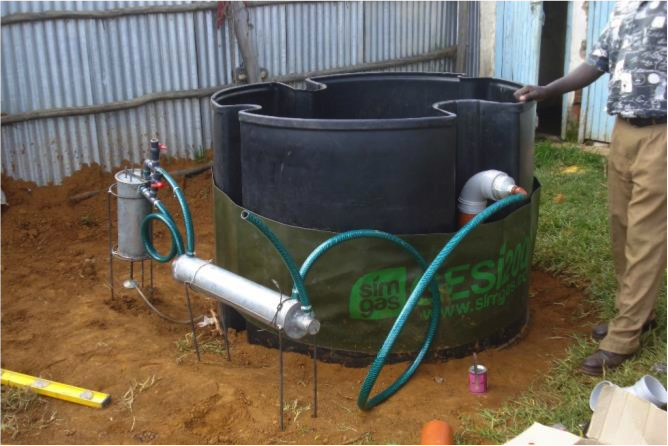 No syn-poo here: the completed system (heat exchanger in foreground, anaerobic digestion vat in back) is ready for the real thing.