Beers with Bob — Without Beer

My living group, Round Table, had the opportunity to meet up with Dr. Bob Lefkowitz in his office for “Beers with Bob without Beer.” Arnab Chatterjee, a Pratt sophomore and one of our members, works in his research lab and arranged the meet-up…and later dropped the beer from our plans.

We enjoyed being immersed  in Dr. Lefkowitz’s office. We saw the jersey, hanging from the “rafters”, that Coach K presented to him last year amidst cheers of “He’s so smart” from the Cameron Crazies.

He showed us a video – three times – of the first pitch he threw out for the Durham Bulls baseball game.

Dr. Lefkowitz’s biggest piece of advice to us all was to eat a square of chocolate every day. He jokingly attributes part of his Nobel prize to the threshold effect of upping his chocolate consumption from two squares a week to one a day just two months before receiving the call from Stockholm. That’s one recipe for success that I can get behind! 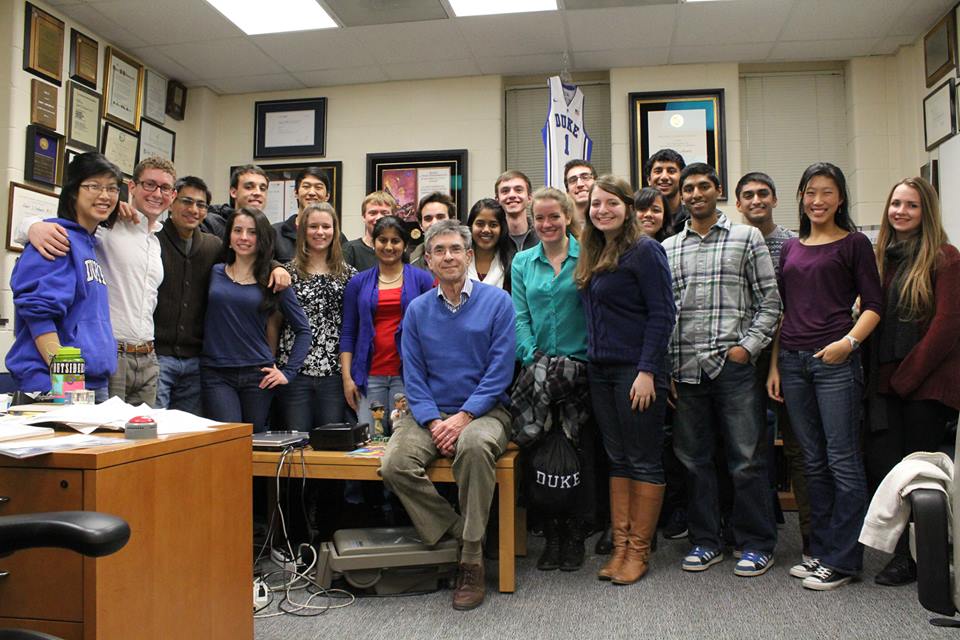 Round Table meets with Dr. Bob Lefkowitz. (Nonie’s just to the left of Bob in red top.)