From the basement, female physicists shaped Duke and German science 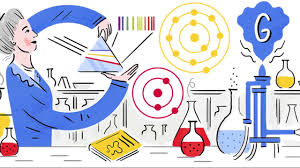 Physicist Hedwig Kohn‘s brother was murdered in a Nazi concentration camp in 1941.

Yet, when she trained young German physicists at Duke University a little more than 10 years later, she bore no resentment against them. Those students later returned to Germany and helped educate the country’s students in quantum mechanics.

Kohn fled Nazi Germany with the help of several prominent scientists in 1940, teaching first at the Women’s College in Greensboro, now UNC–Greensboro, and then at Wellesley College in Massachusetts. In 1952, she retired from teaching and accepted a research associate position working with physicist Hertha Sponer at Duke.

“It’s important that Kohn’s and Sponer’s tenure at Duke not be forgotten,” said physicist Brenda Winnewisser, an adjunct professor at The Ohio State University. The women’s lives and their research helped shape the physics department’s early encouragement of women interested in science.

Winnewisser, who earned her Ph.D. in physics at Duke in 1965, spoke briefly about Sponer and mostly about Kohn during a Nov. 28 physics colloquium. During her talk, Winnewisser recounted Kohn’s history, explained how she saved Kohn’s letters and photographs from destruction and described how she is using the archived information to write Kohn’s biography, a book called Hedwig Kohn: A Passion for Physics.

In her lab, which was in the subbasement of the Duke physics building, Kohn measured the absorption features and concentrations of atomic species in flames. The research was a continuation of what she had worked on from 1912 until 1933, when the Nazis stripped her of her privilege to do research and teach because of her being Jewish and female.

Still, the Nazis couldn’t take away the quality or importance of her work, which had a resurgence in citations in the 1960s as researchers began to test rocket designs and study plasmas, Winnewisser said. She added that Kohn also had an “indirect impact on improving quantum mechanics education in Germany after World War II.”

Three of the four physicists Kohn mentored at Duke returned to Germany to teach at prominent universities, bringing with them what they had learned from Kohn about flames, absorption and also quantum mechanics. “Kohn gave them the technical basis for successful careers,” Winnewisser said.

Her biography of Kohn, who died in 1964, is slated for release by Biting Duck Press in the spring of 2014.

What To Expect When You're Expecting the Nobel Prize

The new blood diamond is your cell phone