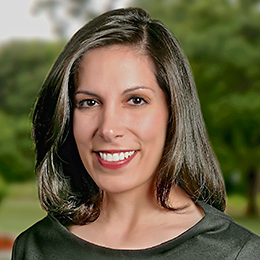 Where do we draw the lines when it comes to new technologies in neuroscience?

Duke Law professor Nita Farahany is setting out to answer this question through an exploration of something she calls cognitive liberty. She spoke to a crowd of physicians, nurses, faculty members, and students at the last Trent Center Humanities in Medicine Lecture Series event.

“What does it mean if our conscious awareness of making a decision happens after the decision has already been made by our brains? Does that tell us anything about the concepts of responsibility or freedom of thought?” Farahany asked.

She doesn’t buy into the idea that we are absolved of responsibility because we are essentially predetermined machines, even if scientists like Benjamin Libet have shown that there is brain activity before conscious awareness. She argues that although some things are predetermined, we still have the flexibility of choice. For instance, having many fast-twitch muscle fibers may be a precondition of becoming a world-class track athlete, but the choice remains of whether to train extremely hard to reach the goal.

“We are more than preprogrammed bits and bytes,” Farahany said. Under the assumption that we retain flexibility of our thoughts, Farahany is exploring how those thoughts ought to be protected.

Although neuroscience is still in its infancy, it holds the potential to detect and tamper with memories, she said. But she hopes to explore what types of rights we ought to retain and what limitations there ought to be on the technology.

Farahany said that the mind might hold a lot of information that is very valuable to the government and to businesses. She pointed out that our brains can uniquely identify speakers and sounds. New technologies could detect this information, which could be very valuable to a criminal investigation. But it is it permissible to detect our recognition of objects or people?

Eyewitness testimony has a high rate of falsity and sometimes witnesses lack memories of key information. However, what if false memories could be planted in eyewitnesses easily? Most people would agree that it would be impermissible for the government to create its own “star witness,” Farahany maintained.

Propranolol, a beta-blocker that may stop consolidation of fear. Courtesy of Mind Disorders

While many may worry about enhancement of selves or memories, diminishing memories is another concern. The drug propranolol, a beta-blocker, has significant promise for people who have suffered from a traumatic experience because it can block consolidation of fear, said Farahany. For instance, rape victims who take propranolol may be less likely to develop post-traumatic stress disorder. “When given the opportunity to intentionally diminish experience of an emotion, should [people] be able to do so?” she asked. Compensation through the tort system is based upon the degree of suffering. Would the compensation for a victim of a rape be decreased by using the drug? Alternatively, do victims have a responsibility to reduce their own suffering by taking the drug?

There are many more questions to answer, and Farahany hopes to do so with her framework of cognitive liberty that considers the pillars of self-determination, consent, freedom of thought, and risks and benefits to individuals and society when deciding where to draw the lines.

When the Genome Gets Personal